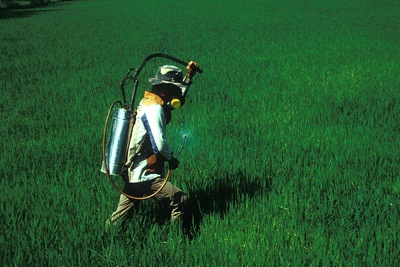 CHINA: A deadly pesticide could be contributing to high suicide rates among China’s rural women, reports Ms. Blogger Megan Shank in The Daily Beast. Chinese women are 25 percent more likely to commit suicide than Chinese men, and researchers have found links between exposure to organophosphate pesticides–which are banned in many countries–and suicidal thoughts. Kept in many homes, these pesticides are easily available in China.

CHILE: A special presidential Women, Work and Maternity Commission has proposed extending pre- and post- natal leave to from 18 weeks to six months and expanding coverage to include temporary workers, who constitute more than half of women in the paid work force.

INDIA: Delhi is still reeling from an “honor killing” performed on Sunday night in a poor, semi-rural section of the city. Teenage lovers Asha and Yogesh were beaten to death by Asha’s family, who objected to the marriage because Yogesh belonged to a lower caste.

ISRAEL: Thousands of Orthodox Jews took to the streets of Jerusalem to protest an Israeli Supreme Court decision to order the integration of an all-girls Orthodox school in the northern West Bank. Ashkenazi Jews of the the highly observant Slonim Hassidic sect had refused to allow Sephardic girls (of Mideast and North African descent) into their daughters’ classrooms, claiming that Sephardic Jews are not observant enough. The 43 sets of parents who opposed integration now face two-week jail terms.

SUDAN: The ONECampaign has named Awatif Syalib, a Sudanese woman, Midwife of the Year. She shares how reproductive health has slowly improved in Sudan: