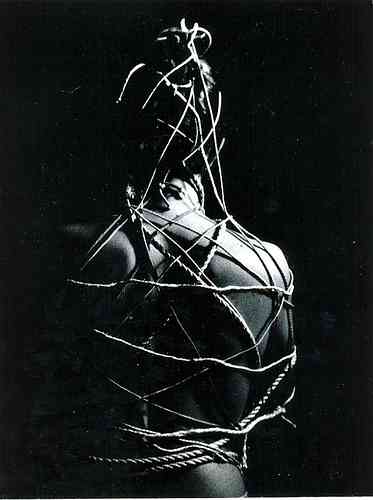 In mid-May, supported by Reps.  Tammy Baldwin (D-WI) and Jan Schakowsky (D-IL) and other prominent lawmakers, a group of advocacy organizations launched the “Campaign to End Chronic Pain in Women.” The campaign is aimed at conditions that predominantly (or only) affect women, such as chronic fatigue syndrome, interstitial cystitis and vulvodynia. It will tackle the discrimination and neglect that sufferers face and push for increased funding and research.

While healthcare reform legislation took an important first step to address chronic pain issues, we have a lot of work ahead of us. I look forward to working closely with the Campaign to End Chronic Pain in Women to teach our healthcare system how to confront chronic pain and ensure that no woman suffers needlessly.

Campaign organizers, drawn from organizations such as the CFIDS Association of America, the Endometriosis Association, the National Vulvodynia Association and the TMJ Association–unveiled a new website and one of the most comprehensive reports to date on women’s pain conditions.

Chronic pain doesn’t just affect the sufferer–it affects each and every one of us and every part of our society. By appropriately investing in research, educating medical professionals and the public at large, we have a real opportunity to change the lives of millions of American women, their families, our economy and society as a whole.

Vulvodynia–chronic vulvar pain–has long been one of the least-publicized and most invasive women-specific pain conditions, often ignored or belittled even when women seek help. It usually involves burning, stinging or irritation in cases where no infection is present. The condition is often linked to dysfunctional pelvic floor muscles.

Here’s what Elizabeth McBride, a physical therapist at the Pelvic Health and Rehabilitation Center in San Francisco, told me about the condition:

Vulvodynia is ignored by the general population due to the taboo nature of the condition and the negative stigma that those receive from friends and the medical field, especially the idea that ‘it’s all in their head’ when there are actual physical causes for the symptoms.

I recently took some time to speak with several women who have long suffered from vulvodynia and other types of pelvic pain. They described daily lives full of frustration, secrecy and physical trauma–sometimes to the point of agony.

Anna Mueller, a 29-year-old woman who began experiencing vulvar pain in 2002 after falling off a horse, spoke of the “enduring shame” of living with constant pain in an area not readily discussed in public:

I think that we are used to vaginas being associated with pleasure, childbirth and sometimes violations, but before I developed pelvic pain, I had never heard of a woman who just had constant stabbing pain in her pelvis.

Mueller described how her pain often made it nearly impossible to sit down for long periods of time, making it difficult to work, ride in cars, go out to dinner and more.

D. Brown, a 41-year-old woman who has suffered from various pelvic floor-related pain problems for more than a decade, told me her health problems eventually forced her to resign from her job. Medical bills have taken a harsh toll on her finances:

Pelvic pain, severe adhesive disease and ovarian remnant syndrome–which are also conditions that cause pain that no one seems to know about–have affected every aspect of my life. Financially, sexually, mentally, physically, there is no aspect that has been left intact. My health problems have taken over my life to the point that I feel as though I have no life.

Many women don’t attempt to seek help for vulvodynia, either because they feel they shouldn’t discuss the problem or because they don’t think the medical field will have anything to offer, according to Elizabeth Rummer, a physical therapist and coworker of McBride’s at the Pelvic Health and Rehabilitation Center:

Very few physicians ask questions about pain with intercourse or vaginal/vulvar pain. Often women think if their doctor doesn’t ask about those things it must not be something that’s able to be treated.

However, even women who undertake a serious effort to obtain treatment may be left without results for months or years. In fact, 40 percent of women who’ve consulted three doctors regarding vulvar pain remain undiagnosed.

Mueller, who has finally found an effective physical therapist, who traced her pain to scar tissue around her tailbone stemming from the horse accident, says that doctors’ ignorance of pelvic floor issues left her frustrated and and in worse pain than ever:

The sad thing for me is that I never waited to get treatment, but I had doctors who gave me bad information. It is taking years to undo the damage that their misinformation caused.

Brown, too, visited a string of unhelpful doctors over the course of years, traveling long distances to seek care but receiving a string of misdiagnoses, with doctors routinely dismissing or belittling her condition. Even after undergoing eight abdominal and pelvic surgeries she remained in pain. Last year, she was finally diagnosed with a pelvic floor disorder and began to receive helpful physical therapy. She said of her long search for relief:

I was told it was all in my head, that I was depressed, anxious and/or too stressed because of work. At one point in time, I started to believe them; since no one could find the problem, maybe I was crazy? There are very few docs that want to admit that they don’t know or can’t find an answer.

Rachel Morris, who developed chronic pain a few months after beginning to take the birth control pill Yaz, got no help from the medical specialists she visited:

I got an MRI, was given multiple steroid shots in my vaginal area, was put on special diets, and was given all sorts of websites to look up. After all these ‘treatments,’ I was in worse shape–moderate-to-severe, constant, daily pain to the point I was considering ending my life. I then decided to stop all treatment until I did more research on my own.

For the women I spoke with, one of the first steps toward pain relief was locating a specialist who acknowledged the complexity of chronic pelvic pain and located sources of the problem that might not be determined through traditional diagnostic practice. McBride emphasizes that a “multi-disciplinary, collaborative environment” is necessary to diagnose and treat the problem, since it has so many potential causes and manifestations:

[It] is under-researched because there are so many different causes for the condition and multiple co-morbidities. There are few practitioners that understand the condition well.

She suggests that, after seeing an OB/GYN and ruling out infections or dermatological conditions, women with chronic vulvar pain should seek a physical therapist who specializes in pelvic conditions–someone who can look at the role of the musculoskeletal system in the patient’s pain. Musculoskeletal causes tend to be overlooked by doctors that aren’t specifically trained to detect them. Says Brown:

I have had many doctors ‘miss’ for years the fact that my pelvic floor muscles were as tight as a rubber band, with the muscles forming cramps the size of golf balls! If it’s a hysterectomy that’s needed, they know what to do, but if it’s a problem that isn’t what they consider to be ‘in the norm’ of female problems, they just have no training, it seems, on what to look for.

Mueller, too, is finally getting help after finding a physical therapist who treats the muscular dysfunction behind her problem. Both she and Brown emphasize the tiny number of physical therapists that specialize in this area. This deficit means that women must often travel far distances to obtain treatment, imposing high financial and location-based barriers to seeking help. According to Mueller, a large-scale transformation in the way vulvodynia is treated would mean a broad commitment by physical therapists to pelvic-floor-related physical therapy.

Rummer, who dedicates significant time to lecturing about pelvic pain around the world, echoes that sentiment. Her practice concentrates on strategies proven to alleviate vulvodynia, such as connective tissue manipulation, myofascial trigger-point release and neural mobilization. She notes that, although public awareness efforts like the Campaign to End Chronic Pain in Women are important, getting the word out in the medical field about proper treatments is absolutely crucial to a broad-based improvement in care.

Morris, after reaching a breaking point and deciding to do her own research, eventually found help and feels “80 percent better.” She sees a pelvic floor therapist three hours from home who uses trigger-point release and teaches her how to replicate the treatment at home.  She says that the first step toward ameliorating the ignorance of vulvar pain problems in society–and, by extension, the medical community–is to start talking about them:

Apparently, everyone is afraid of vaginas. I hate the term ‘pelvic pain.’ My ass, my vagina and my perineum burn because my muscles are constricted and hitting my nerves that run in my genitals. Is that so hard to figure out? 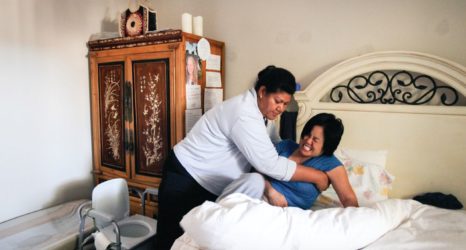