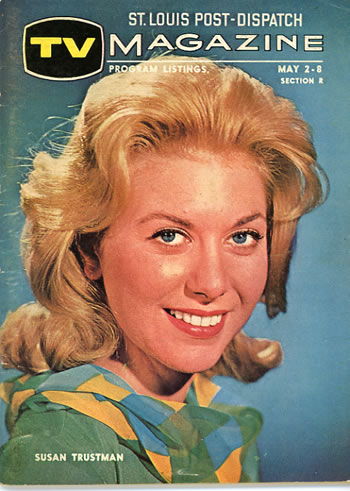 Sunday is the 37th annual Daytime Emmys, live from Las Vegas. Many feminists scoff at the genre, but its popularity is undeniable: Millions are expected to tune in.

As a feminist and proud soap-watcher, I’d argue that soaps are too often wrongly dismissed as sex-filled drivel. Feminists, in particular, should support the feminine values, diverse representations of women, social issues and global community promoted by daytime television’s fantasy worlds.

Soap operas celebrate a private sphere controlled primarily by women who have agency. In it, intimacy, forgiveness, redemption, family, and community are honored. Every soap opera has a matriarch—a strong older woman primarily responsible for the family, community, or business depending on the storyline. No matter her age, the matriarch is never too old to defend who and what she cares most about.

Each soap opera also has bad girls, whom audiences empathize with because they follow their hearts, regardless of the consequences. Soap operas have always made room for these morally questionable women and other diverse woman characters. Many night-time dramas are only reluctantly starting to catch up.

Because most soaps have plots that revolve around hospitals, courtrooms, and businesses, they can address some of the most pressing social issues of the day, such as sexual assault, disease, surrogacy, murder, fraud and corruption. Class, race and sexual orientation are also woven in. TV’s first abortion aired on NBC soap opera Another World in 1964, seven years before Roe v. Wade. One Life to Live deserves credit as the first soap to 1) foreground class and ethnic difference in 1968 2) introduce the first African American character (who happened to be passing for white in 1969) and 3) create the longest and most complex storyline for a gay character to date, in 1992.

Soap operas also create community among watchers, be they friends and family members who gather to watch or strangers united by their fandom. Guinness World Records just named The Bold and The Beautiful as the Most Popular Daytime TV Soap, with 24.5 million viewers.

Unfortunately, soaps are disappearing. Guiding Light, the longest running soap, was canceled after 72 years in September 2009. After 54 years, As the World Turns is also scheduled to end in September 2010.

Here are my top two suggestions for how soap operas should save themselves and continue to make feminists proud.

–Soap operas need more diversity. Sure, they employ older women actresses as matriarchs, but where are the characters of color outside of a token family or a foster child or two? There must be more diversity behind the scenes (including more women writers) and on camera (including gays and lesbians) for the stories to sustain themselves in an increasingly diverse society.

–Soap operas got their name because their primary sponsors, such as Proctor and Gamble, sold household items targeted to women working at home, but these ads are too often gender-stereotyped. Instead, stories should merchandize, with lines like the soap opera mystery series published by The Young and the Restless’ Eileen Davidson’s or former Y&R actress Victoria Rowell’s Secrets of a Soap Opera Diva.

Despite the gratuitous sex, the constant coupling and re-coupling of characters, the wild suspension of belief and the stereotyping of soap audiences as those who have the luxury to lazily sit around and watch television in the middle of the day, soap operas should be valued. They have complex storylines that incorporate multiple subject positions–teaching viewers that multiple perspectives can be “right.” They break societal taboos about what’s appropriate on TV. And they encourage viewers to consider and reconsider the important issues of the day.

Above: Susan Trustman, whose character on Another World had an abortion in 1964, seven years before Roe v. Wade. Photo courtesy of AWHP.