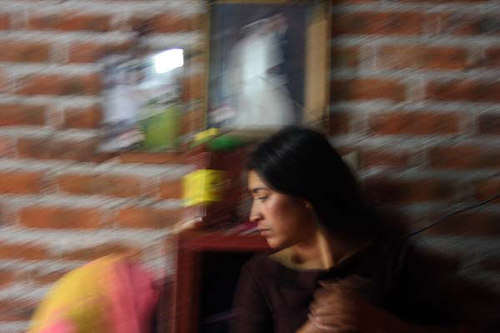 Six Mexican women have been sentenced to 25 to 30 years in prison on homicide charges for aborting their pregnancies.

Of the six unplanned pregnancies, two were because of rape. One woman miscarried. Activists say all six women, residents of the extremely conservative state of Guanajuato, were abandoned by the men who got them pregnant.

In this decade alone, more than 40 women have been put on trial for abortion in Mexico, a criminal offense that is punishable by up to three years in prison under the penal code.

Currently Mexico City is the only place in Mexico where abortions can be performed legally. In the last three years 40,000 women have undergone abortions in Mexico City and, of those, 1,200 have traveled to Mexico City from other states.

Reproductive rights groups in Mexico are fighting to expand abortion rights outward from the capital and to other parts of Mexico.

Marcy Bloom, an officer for the Informational Group on Reproductive Choice, GIRE, said:

The struggle for Mexican women’s reproductive rights is a very rough road, as it is for women and girls everywhere in the world, but I do believe that we will ultimately prevail as GIRE and other women’s groups in Mexico stay focused on working for women’s respect and access to legal and safe abortion for all.

GIRE played a critical role in the decriminalization of abortion in Mexico City in 2007.