10 Things Men and Boys Can Do to Stop Human Trafficking - Ms. Magazine
Skip to content 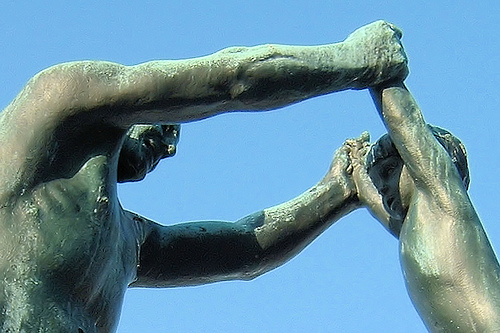 Human trafficking is modern day slavery. It is the use of force, fraud, or coercion to compel another person to provide labor or commercial sex against their will, and it is one of the fastest growing criminal enterprises in the world.

The Renaissance Male Project believes that men are complicit in this crime when they purchase sex because they create the demand by allowing others to exploit women and children for profit. Men must play a role in ending this form of modern-day slavery, a vicious industry that exploits and perpetuates the suffering of hundreds of thousands of women and children in the United States and around the world.

Based on a list of statistics that The Polaris Project compiled:

There are specific actions that men and boys can take to end these atrocities:

1. Challenge the glamorization of pimps in our culture

Mainstream culture has popularized the image of a pimp to the point that some men and boys look up to them as if they represent legitimate male role models, and they view “pimping” as a normal expression of masculinity. As Carrie Baker reflects in “Jailing Girls for Men’s Crimes” in the Summer Ms. issue, the glorification of prostitution is often rewarded, not punished, in pop culture:

Reebok awarded a multi-million-dollar contract for two shoe lines to rapper 50 Cent, whose album “Get Rich or Die Tryin” (with the hit single “P.I.M.P.”) went platinum. Rapper Snoop Dogg, who showed up at the 2003 MTV Video Music Awards with two women on dog leashes and who was described in the December 2006 cover of Rolling Stone as “America’s Most Lovable Pimp,” has received endorsement deals from Orbit gum and Chrysler.

In reality, pimps play a central role in human trafficking and routinely rape, beat and terrorize women and girls to keep them locked in prostitution. Men can take a stand against pimps and pimping by renouncing the pimp culture and the music that glorifies it.

2. Confront the belief that prostitution is a “victimless crime”

When men think of human trafficking, they often think of brothels in countries outside of the U.S. However, strip clubs in this country as well as abroad may be a place where human trafficking victims go unnoticed or unidentified.  Strip clubs are also places of manufactured pleasure where strippers are routinely sexually harassed and assaulted by owners, patrons and security personnel. Men rarely consider whether women working in strip clubs are coerced into that line of work, because to do so would conflict with the pleasure of participating in commercialized sex venues.  Men can combat human trafficking by no longer patronizing strip clubs and by encouraging their friends and co-workers to do the same.

Pornography has the power to manipulate male sexuality, popularize unhealthy attitudes towards sex and sexuality and eroticize violence against women. Pornography leads men and boys to believe that certain sexual acts are normal, when in fact sexual acts that are non-consensual, offensive and coupled with violent intent result in the pain, suffering and humiliation of women and children. In addition, a disproportionate amount of mainstream pornography sexualizes younger women with such titles as “teens,” “barely 18,” “cheerleaders,” etc.  Targeting younger women socializes men to develop appetites for younger and younger women and creates a pedophiliac culture among men. Victims of human trafficking have also been forced into pornography. Men can stop the voyeurism of sex and sex acts that fuel human trafficking by refusing to consume pornography and encourage others to do the same.

Contrary to the myth that men do not gossip, men spend a significant amount of time online discussing their sexual exploits. The Internet provides many men with the ability to mask their identities while indulging in racist, sexist and violent diatribes against women and girls. Choosing to be a critical voice online is an extremely important way to educate and inform men and boys about their choices. Men can change this culture by starting threads in online forums that cause men to talk about their attitudes towards women and how these attitudes and behaviors are linked to human trafficking.

Men in the U.S. and other “first world”  nations routinely travel overseas and have sex with women in developing countries. When men engage in these practices, they do not acknowledge the fact that many trafficked women and children come from developing countries—even in countries where prostitution is “legal.” Traveling overseas grants men a great deal of anonymity. As men, we have a responsibility to confront the men that go overseas and participate in sex tourism.

7. Talk to men and boys about men’s issues in male spaces

The only way to change men is by engaging spaces where men and boys talk and develop their ideas and attitudes towards sex and sexuality. Males spaces such as barbershops, locker rooms, fraternities and union halls are the real classrooms where boys learn to become men and where men develop most of their ideas about how to interact with women. If men do not feel comfortable talking about these issues in male spaces, they can drop off informational brochures and make themselves available to talk with other men and boys when they have questions or concerns. As men, we need to turn male spaces into circles of accountability where men learn about non-violence, social justice and ending violence against women.

There would be no human trafficking if there were was no demand for it. Strategies aimed at ending human trafficking must focus on eliminating the demand. “John Schools” are education programs designed to educate customers apprehended by law enforcement who attempted to purchase sex. By teaching the legal and health effects of buying sex and the realities of prostitution, such schools impart knowledge that can reduce demand, making men conscious of how their actions can spur on human trafficking. Learn whether or not your local community has a John School. If not, encourage your local prosecutor’s office or city counsel to start one.

No boy is destined to be a “john,” a pimp, or a human trafficker. Raising young men in circles of accountability to be respectful and protective of all women and children is one of the most important things men can do to stop human trafficking. Talk about human trafficking as a modern form of slavery to help convince men and boys to become allies in the fight to end this form of oppression.

Editors’ note: What do you think of these suggestions? Please comment and discuss!

Above: A sculpture in Vigeland Park in Oslo, Norway of a man holding a child. Photo courtesy of Flickr user Quistnix! // CC 2.0.

Jewel Woods, (MA,MSW,LSW) is the co-chair of the Ohio Trafficking In Persons Study Commission Demand Reduction Sub-Committee. He is an author and a gender analyst whose views on men and boys in American society have been featured on TV, national news & radio talk programs and publications such as Essence Magazine, Ebony Magazine, TheRoot,The Black Commentator,Alternet, The Huffington Post, The Dallas Morning News, The Cleveland Plain Dealer, The LA Progressive, The Philadelphia Inquirer, and The Toledo Blade. A self-proclaimed 'male refusenik' he is the author of The Black Male Privileges Checklist and Don't Blame It On Rio: The Real Deal Behind Why Men Travel to Brazil for Sex. Jewel is a 2005 New Voices Fellow, a former participant in the Minority Scholar's Program at The University of Chicago and a select member of the Fragile Families Data Workshop at Columbia University. Working towards earning a PhD in Social Work with a specialization in men's issues, Jewel is the founder and executive director of The Renaissance Male Project, Inc. a non-profit advocacy and accountability organization for men and boys. 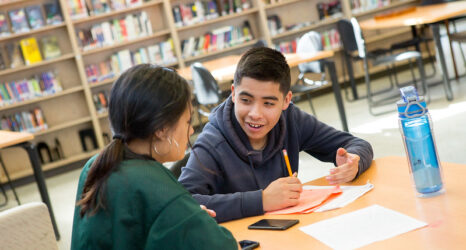