The Right of Every Woman - Ms. Magazine
Skip to content 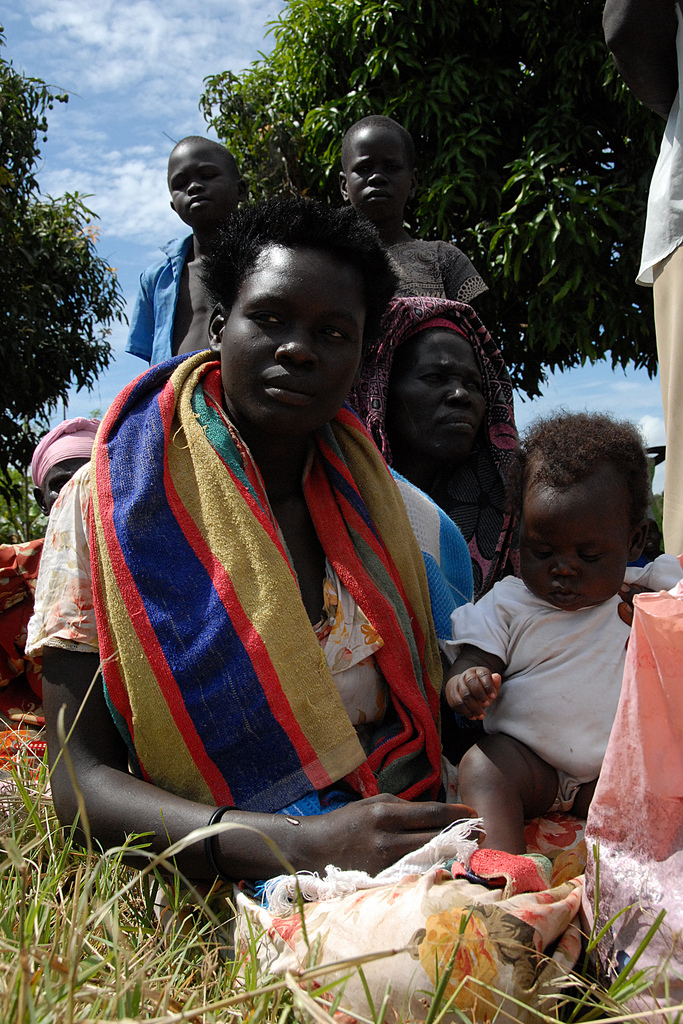 Driving through Uganda, one is struck by the beauty of its vast hills and green valleys, where banana plantations are bountiful and the fruit—one of the country’s staples—is sold alongside the road. But outside the capital of Kampala, one also notices how narrow and bumpy those roads can be, and how hard it would be to access health care if one had to drive—or, even more likely, ride a bicycle or motorbike—for miles along them.

In May, we took one of those roads to the center of Ndekye (pronounced N-de-shey) Parish, in the southwest corner of Uganda, for a community meeting on the topic of maternal health. Along with our driver, Stephen, I was traveling with Catherine Kamugumya and Leticia Rweyemamu of Women’s Dignity, an NGO working to promote maternal health in Tanzania and Uganda. As tour guides on my quest to learn firsthand about the crisis of maternal mortality in this part of Africa, the Women’s Dignity folks would soon show me how they mobilize communities across Uganda, and how they get the word out to pregnant women and girls about how to prepare for safe births.

There’s good reason for their efforts: More than 8,000 women die in Uganda each year from pregnancy-related causes, according to World Health Organization (WHO) estimates. And for every woman who dies, six survive with chronic and debilitating conditions. In fact, the country, with a population of nearly 30 million, has the 29th highest maternal mortality rate in the world.

There are obvious reasons why Ugandan women are so vulnerable. Uganda is one of the least developed countries in the world, with many women and girls being extremely poor and having limited access to skilled birth attendants— especially outside of urban centers (where only 13 percent of the population lives). While 80 percent of births in urban Uganda were attended by skilled personnel, less than 38 percent of births in the rural areas of the country were so at- tended, according to 2006 figures from the WHO.

Women’s Dignity strives to spread its message about safe motherhood through face-to-face meetings, to be sure people understand and have the opportunity to ask questions. News of the Ndekye community meeting was mostly spread by word of mouth, and when we arrived at the parish’s community center, I was pleasantly surprised to see a healthy turnout of about 250 people from 13 local villages. A group of Ndekye village women greeted us with a song about what Ugandan women can do to promote safe motherhood and prevent death from pregnancy.

Then came the play. A group of women and men volunteers had spent five days preparing for the performance under the tutelage of Kamugumya, a nurse and midwife by training and now a program officer for Women’s Dignity. As villagers surrounded the performers, every- one, including the children, seemed captured by the story of a very pregnant woman about to deliver.

The plot was simple and direct: The woman has no birthing plan and, as is common among Ugandan villages, there is no local birthing clinic. The woman’s husband is indifferent to her pain and demands that she go to the fields to chop wood while he carouses with his friends at a local bar. So she ventures out into the fields, but when she returns her pain has worsened. An unlicensed traditional birth attendant (or lay midwife), who is not formally trained, is called to assist at the birth, but cannot stop the bleeding. With no transportation to the nearest hospital, the woman dies. The performers sing over her dead body.

“Drama has a way of grabbing people’s attention,” says a local community leader. Indeed, the message of this performance grabbed the attention of 30-year-old village resident Kyomugisha Tophasi, a soft-spoken woman who approaches us as we are leaving the community meeting. She tells us, quietly and privately, that when she heard Catherine Kamugumya of Women’s Dignity speak about the dangers of pregnancy, it was like hearing her own story for the very first time.

Married at 13,Tophasi lost her first child at birth and developed an obstetric fistula—a hole between the vagina and either the bladder or rectum, caused by prolonged and obstructed labor, which leaves a woman leaking urine and/or feces. Not only is a woman with fistula subject to chronic incontinence, but she’s often ostracized by her family and community. Tophasi, who has lived with fistula since 1993, has been luckier, in that women in her family have remained supportive. And despite her disability, she has managed to give birth to five other children. But she never knew until today’s meeting that her fistula could be repaired, or where she could go to obtain care—even though help is available at the Kagando Regional Hospital, about 60 kilometers away.

The day before the performance in Ndekye, we had ventured from Kampala to the town of Ishaka, located in the Bushenyi District, which is home to nearly 800,000 Ugandans. As we drove down the long and mostly isolated Masaka road, along which villages and towns can be several miles apart, we would sometimes see children who smiled in delight—obviously curious about who we were and where we were going.

Uganda has a predominantly young population—49 percent are under age 15, according to the CIA World Factbook 2010. Sadly, adolescent women—whose bodies are not yet developed enough to carry a pregnancy—account for a significant proportion of the maternal death toll here.

Read the full article in the summer issue of Ms.

Above: Ugandan woman and her child. Photo courtesy of Flickr user US Army Africa under CC 2.0.

Belle Taylor-McGhee is a writer and former president and CEO of the Pacific Institute for Women’s Health. She serves on the board of EngenderHealth.