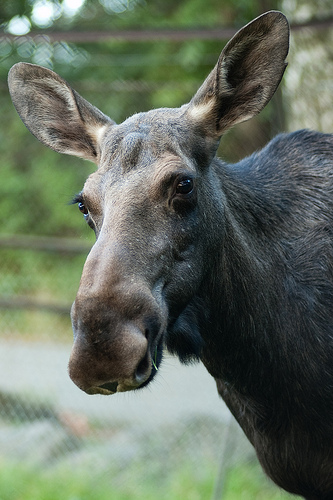 While a Christian minister in Florida was dominating the 24-hour news cycle with his plans to burn the Koran, another Christian extremist was arrested for helping someone he believed would blow up an abortion clinic in North Carolina. Fortunately, the person he thought he was helping happened to be a federal informant.

Justin Carl Moose, a 26-year-old unemployed father of three who calls himself the “Christian counterpart to Osama bin Laden,” is being held without bond in federal court in Concord, N.C., until evidence can be presented to a federal grand jury. He is charged with providing information related to the manufacture of an explosive, destructive device or weapon of mass destruction to a person. [PDF].

According to the charges, Moose used Facebook to advocate “violence against women’s healthcare clinics, specifically locations where abortions are performed, and the healthcare professionals employed at these facilities” according to the criminal complaint [PDF] filed in N.C. Middle District Court. He also posted inflammatory material on New York NARAL’s Facebook page, thus triggering an investigation by the FBI. They found numerous postings from Moose advocating violence against abortion providers.

The complaint also describes one email exchange with an undisclosed recipient:

As far as I’m concerned nothing is off limits to stop abortion. Anything and everything goes. I have learned a lot from the Muslim terrorists and have no problem using their tactics. People say sarcastically ‘what’s the difference between a Christian terrorist and a Islamic terrorist’ I tell them simply that I’m right and I serve a living God! THAT’S the difference.

The complaint doesn’t specify that the recipient of that message reported it to authorities, which seems to indicate that Moose sent it to a sympathizer.

I’m not usually a conspiracy theorist, but I am convinced that anti-choice zealots do communicate with each other, admire the criminal activities of their most violent friends and encourage each other in their terrorist plots.

Amanda Robb, in her article in Ms. magazine, Spring 2010,  describes the relationship between and among extremist anti-choice groups. Members of Operation Rescue, the Army of God and “Justifiable Homicide” adherents operate within three degrees of separation. Her article ties Scott Roeder, Dr. George Tiller’s killer, as being in contact with each of these groups.

Robb argues that the government has consistently characterized terrorists who kill abortion providers as “lone wolves,” when in fact, a case for conspiracy can and should be made. Robb points out that 70 percent of the people convicted for international terrorism since 9/11 …

After 9/11, the FBI’s resources devoted to combating domestic terrorism were shifted to unraveling Al Qaeda. While that was important, the U.S. also needs to investigate life-threatening criminal networks in this country. We’ve spent over a trillion dollars fighting Islamic terrorists, a threat that will never end, but we’ve taken our eyes off domestic terrorists like the Scott Roeder and Justin Carl Moose. Time to refocus.