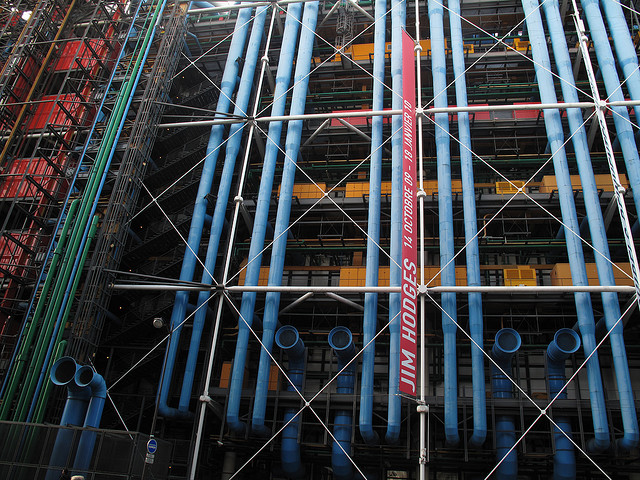 Paris: If you happen to be in the city of l’amour–and if you are, I am jealous–you should head over to the Centre Pompidou and see the last week of elles@centrepompidou, an exhibition of women artists from the 20th century to present. The Centre Pompidou (ever since I learned the name of that museum in junior high French class, it gives me the giggles) is a really cool museum in itself and a must-see, but this exhibition sounds amazing, featuring Frida Kahlo, Diane Arbus, Ana Mendieta and more. Closes February 21.

Westminster, England: Elsewhere in Europe, join
The Godmothers, a group dedicated to ensuring the agency UN Women does its part to make the world a better place for women, in their day of action. February 16, 10 a.m.-5 p.m.

Seattle: Back in the USA, The Women Who Rock Conference will bring together musicians, activists, writers and scholars to talk about questions of women’s involvement in popular music scenes. February 17, 5-7 p.m.. February 18, 9 a.m.-6 p.m.

New York: After being raped at gunpoint in her Harlem apartment in 2001, Jana Leo documented her search for justice in her forthcoming book, Rape New York. The Feminist Press, along with the Center for the Humanities at CUNY, RightRides and Hollaback!, is sponsoring a series of dialogues to discuss the book and the impact of rape. The Geography of Trauma–February 15, 7 p.m. @ KGB Bar. I Was Raped–February 16, 7 p.m. @ Bluestockings.

Cinema Libre Studio and the Museum of Sex are hosting UNRATED: A Week of Sex in Cinema, featuring panels, films and special guests to start a conversation about the representations of sex (or the lack of representations of sex) in film. Films will be screened all week, but UNRATED kicks off with a panel featuring Philippe Diaz and John Cameron Mitchell. I love John Cameron Mitchell so much; you should go and tell me how awesome he is in person. February 17, 7 p.m.

If you know of any other feminist events this week, post them in the comments. If you have an upcoming event to feature, email me at dgrossmanheinze@msmagazine.com