Are You Joking, South Dakota? - Ms. Magazine
Skip to content 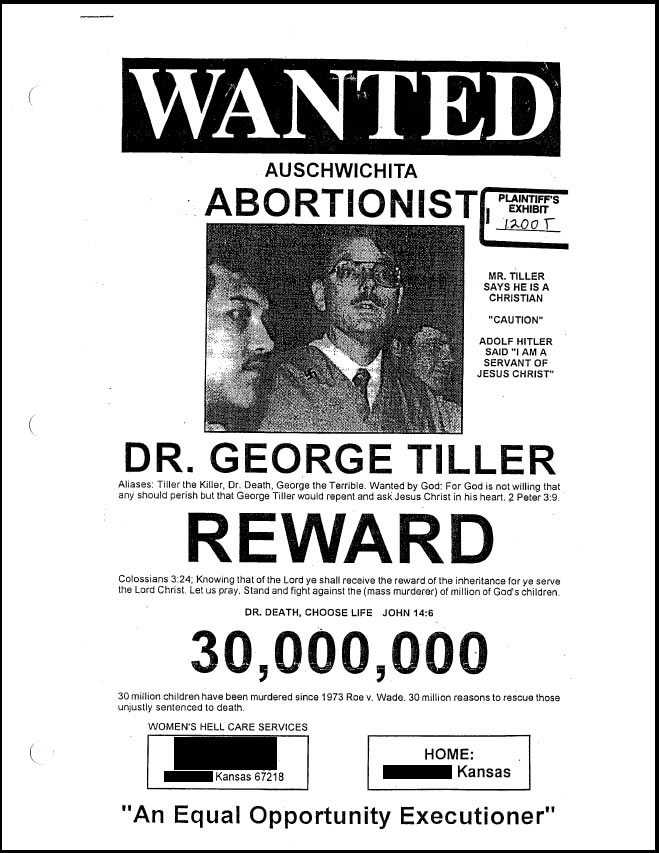 The war on women rages on. In a move that has pro-choicers around the globe picking their collectively dropped jaws off the floor, the Republican-controlled South Dakota House of Representatives is set to vote on a bill (largely backed by anti-abortion representatives) that would legalize the killing of abortion providers. Mother Jones reported that the bill seeks to alter the definition of “justifiable homicide”* by

If the bill passes, it would allow a woman’s parent, child or spouse the legal ability to kill anyone who tried to give said woman an abortion—whether she wants one or not. Rep. Phil Jenson, the champion of this bill, spoke to Mother Jones early Tuesday to clarify what he considered a misinterpretation of the bill’s intention. According to Jenson, this bill has nothing to do with abortion and instead has to do with “illegal acts” and bringing “consistency” to South Dakota’s criminal code (that already allows prosecutors to charge people who commit crimes that result in the death of fetuses with manslaughter).

In an interview with The Washington Post, Jenson explained,

Say an ex-boyfriend who happens to be father of a baby doesn’t want to pay child support for the next 18 years, and he beats on his ex-girfriend’s abdomen in trying to abort her baby. If she did kill him, it would be justified. She is resisting an effort to murder her unborn child.

When asked whether the bill could act as encouragement to anti-abortion extremists, Jenson replied,

You could cross the street and get hit by a car. Could happen, couldn’t it?

Katherine Spillar, executive editor of Ms. magazine, imagines the horror if such a law passed:

It would declare open season on abortion providers. It is not just unconstitutional, it is a complete outrage. Anti-abortion extremists found guilty of murders and bombings have attempted to use this so-called justifiable homicide defense for decades.

If it passes without an amendment exempting attacks on providers, it could incite violence from individuals who believe their actions will be found justifiable in court.

They always intended this to be a fetal personhood bill, they just tried to cloak it as a self-defense bill. They’re still trying to cloak it, but they amended it right away, making their intent clear.

South Dakota’s H.B. 1171 follows a stream of anti-abortion legislation proposed in the past several weeks by Republicans in the U.S. House, and is part of a state-by-state effort to roll back women’s reproductive rights. All this means that we have to increase our vigilance–especially when confronted with laws that would give vigilantes a free pass.

According to The Washington Post, Jenson is now considering a change to the language in the proposal (possible change is in bold):

Homicide is justifiable if committed by any person while resisting any attempt to murder such person, or to harm the unborn child of such person in a manner and to a degree that is unlawful and likely to result in the death of the unborn child, or to commit any felony upon him or her, or upon or in any dwelling house in which such person is.

In response to pressure  from pro-choice advocates, and a revealing analysis of the bill in Mother Jones, South Dakota legislators have shelved the “justifiable homicide” measure. According to The New York Times, House speaker Val Rausch said, “the legislation has been shelved, pending a decision on whether to allow a vote, amend the language or drop it entirely.”