Wearing a Tube Top Does Not Equal Consent - Ms. Magazine
Skip to content 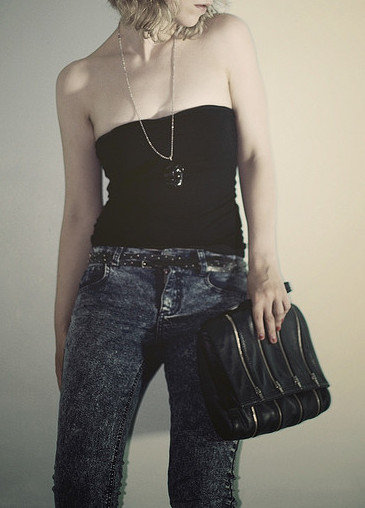 In a disgraceful judgment by the provincial court of Manitoba, Canada, Justice Robert Dewar allowed a convicted rapist to walk away with nothing but a curfew and a mandatory letter of apology to his victim. The reason? She was wearing a tube top, high heels and make-up the night of the rape–and she was drinking alcohol.

Keep in mind that the man in this case was already convicted. The “did it happen?” factor was not under consideration: This judge softened the sentencing on the grounds that the rape was acceptable because the survivor was intoxicated and dressed “suggestively.”

Dewar called the rapist, Kenneth Rhodes, a “clumsy Don Juan” who behaved in an “inconsiderate” manner after receiving “[unintentional] signals … that sex was in the air.”

Is it just me, or is it not clear that when a woman refuses to kiss you back and you have to force yourself on her under a darkened highway, she’s absolutely not giving you the go-ahead for sex?

The judge also decided that Rhodes is not at risk to re-offend, though it’s unclear what evidence that judgment is based on. Considering at least one-quarter of convicted rapists re-offend–along with two-thirds of never-convicted rapists–I’d say there’s a pretty healthy risk factor.

Under question, apparently, was the “moral blameworthiness” of the survivor. Since both Rhodes and the victim were drinking, says defense attorney Derek Coggan, their ability to send and receive sexual signals was compromised. “She had a very different understanding of what was in the accused’s mind than he did,” Coggan said. Here’s an idea: Don’t have sex with a person so drunk they can’t say yes. In fact, the Criminal Code of Canada makes it easy for would-be rapists to understand: The inability to consent (on account of intoxication, for example) constitutes a lack of consent.

If this case makes it to the Supreme Court of Canada, and I hope it does, there are strong precedents available to support the survivor [PDF]. A 1999 Supreme Court decision stated:

A belief by the accused that the complainant in her own mind wanted him to touch her, but did not express that desire, is not a defense.

A belief that silence, passivity or ambiguous conduct constitutes consent is a mistake in law and provides no defense.

It’s time for a mantra of “Yes Means Yes!”–in life and in law.