She Drinks, She Flirts, She Passes Out ... Is It Rape? - Ms. Magazine
Skip to content 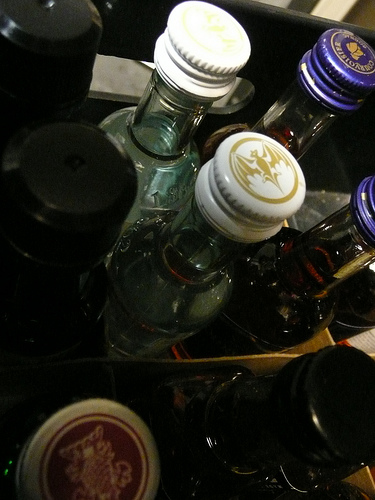 Around midnight at a college party, several young women soccer players are alerted that a 17-year-old girl is barricaded in a room with eight guys on the baseball team. Through a window, the women glimpse what looks like an assault.

They batter down the door and, as the men disperse, find a young, semi-conscious woman on her back, unmoving and naked from the waist down. Vomit trickles from her mouth down the side of her face and collects in a pool. Blood runs from her genitals. She mumbles, “I’m sorry.”

The women lift up the teen, wipe the vomit from her face, carry her to their car and drive her to a hospital. The next day, the girl remembers nothing.

This is the scene the soccer players and other witnesses describe at a De Anza College party in San Jose four years ago. Is it rape?

The case has just been tried in civil court because the Santa Clara, Calif., district attorney felt there was not enough evidence to criminally prosecute, since all involved were drunk.

In civil court, witnesses for the defense supplied other details. Earlier in the night, the girl was drunk and flirting. She rubbed up against a young man and grabbed his genitals. She performed a bawdy lap dance in front of other party-goers. She made a graphic sexual invitation.

Today, the jury in the civil suit found the defendants not liable on any of 10 charges, including two counts of rape. I am not surprised.

I am not surprised because as a culture we are sorely unaware of the dynamics of rape and its motivations.

But I believe a rape did occur, and here’s why.

Rape is sex without consent, plain and simple. In this case, the plaintiff argued that there was no consent because the woman was intoxicated, unconscious, or both. Everyone agreed that six or seven hours after the alleged assault, the young woman’s blood-alcohol level was at least twice the legal limit for driving under the influence. However, unlike drunk-driving, there is no legal limit at which a blood alcohol level automatically indicates lack of consent. Hence, the plaintiff and defense argued over the timing of the teen’s peak blood alcohol level.

However, when the soccer girls found the young woman, they say she was passed out on the bed and in need of help to rise up and walk to a car. That sounds like “peak level”–or at least, a level at which consent was impossible–before she left the bedroom.

Rapists rape for different reasons. Gang rapes, which are most common among sports teams, fraternities and criminal gangs, are often male bonding rituals meant to degrade a woman as men enact male superiority.

This was sex with a nearly comatose girl, an object–a sex object–used by others. The whole scenario looked more like a degradation ceremony than sex. One man left the room and told a friend, “There is a girl … basically getting gang banged.” Yet when the soccer players forced their way into the room, another man allegedly branded the teen, “a ho” who “wanted it.”

Another young woman came forward to say that one of the baseball players had raped her in the same small room 10 weeks before. But his insurance company settled last week, making him no longer a defendant and testimony about him inadmissible.

Some still, horrendously, blame the victim: She should have known better than to let herself get drunk, they say. The accused insisted she invited the behavior. She had propositioned the men.

Was the teen an unwise, and possibly troubled, girl? Maybe. Was she raped? By any reasonable standard, yes.

The FBI might argue otherwise–according to their definition, only “forcible rape” actually counts as rape. Find out how you can help change that definition and ensure justice for rape victims at the No More Excuses campaign headquarters.