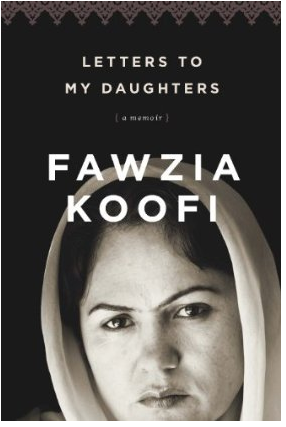 The winter of 2000 was cold in the Wakhan Corridor, one of the remotest regions in northern Afghanistan, as the Taliban were closing in on what remained of a flimsy resistance. Fawzia Koofi, 25 at the time, was traveling with a team of medical surveyors. She had left behind her dying husband and her 16-month-old daughter at the provincial capital, Faizabad. Her second child, in her lap, was only three months old and extremely weak. As Koofi made her way across the mountain tracks to the secluded districts bordering China, fear nagged her about the well-being of her child in the harsh weather. Had her ambitions taken her too far?

She ended up spending six nervous weeks meeting with the locals, worried about her daughter and her dying husband. But it was during this trip, deep in the mountains of her home province, that she felt the desire to be part of her father’s long-lost political legacy. “It was here that, with … my baby at my breast, I realized I wanted to be a politician,” she writes in her just-published memoir Letters to My Daughters.

Today, a two-term member of the Afghan parliament, Koofi, 35, is one of the most prominent political figures in the country. Her journey is extraordinary in the context of Afghanistan’s turbulent recent history.

Nine years after the overthrow of the Taliban, women rights largely remains rhetoric in the country. President Hamid Karzai delivers impassioned speeches promoting gender equality and increased female participation, but Afghans are quick to point out the contradiction in his words and deeds. The first lady of the country, Dr. Zeenat Karzai, in rarely seen in public. The woman who promised to be perfect for the job as a role model—well educated, with a history of activism—has curiously remained silent and out of the public sphere, her face unrecognizable to ordinary Afghans. Disappointed, they have had to look elsewhere for inspiration and leadership–to someone like Fawzia Koofi, one of the brave women who champion their cause in a difficult time.

Representing the distant Badakhshan province, this single mother of two young girls is a tenacious voice in the national discourse. Whether debating electoral fraud on television or revealing abuses in the prison system in Parliament, her passion and unbending civility stands out as a rare combination in the country’s infant democracy. She won the second highest number of votes from her province in the recent parliamentary elections, only 250 behind the leading candidate (a former commander), and a resounding 7,000 votes ahead of her closest male competitor. In a country where women largely make it to the Parliament because of a gender quota, the election results speak to Ms. Koofi’s popularity. At the local level she has championed the building of a highway from Kabul to Faizabad. At the national level, through her agenda and personal example, she has worked tirelessly to achieve substantial women participation in national politics.

In her memoir, written with journalist Nadene Ghouri, Koofi chronicles her life from the time she was put out in the sun to die after her birth to her current place as one of the most respected people in Afghan politics. The narrative, simple but poetic at times, shows readers the long struggle against brutalities and injustice that she—and most Afghan women of her generation—have endured.

Koofi is an unlikely heir to a political legacy. Her father, a man of 7 wives and 23 children, was a member of Parliament during peaceful days in the Afghanistan of the 1960s. A dedicated politician in the capital, he was abusive at home. If her mother failed to meet the rigorous demands of his many guests, he would grab her “by the hair, wrench the metal ladle from her hands and beat her across the head with it.”

After her father’s execution by the mujahideen when Koofi was only four, her family fled to Faizabad first and then to Kabul. There was a brief period of happiness for her when she attended school in Kabul, but it all turned to chaos with the toppling of the Communist-backed regime and the fight over power in the capital. Yet in a city painted in blood, Koofi continued her studies, graduating from high school and enrolling in Kabul Medical University. “But I … felt guilty for caring about books when people were burning in flames,” she writes.

During these chaotic times she met her future husband, a lecturer at Kabul University and a “kind-hearted intellectual.” But only a week into their marriage the Taliban dragged him to prison to get to Koofi’s brother, who had been a high-ranking police officer in the previous government. If one thing remains ambiguous in this otherwise wonderful book, it is her brothers’ relations to militias and warlords. Koofi repeatedly calls the mujaheddin government of Ustad Rabbani, which was stained by tremendous abuses and warlordism, legitimate, yet this was a government formed by the same people that killed her father. It seems that her brothers’ subsequent involvement with the mujahideen forces her to downplay the irony that her brothers become involved with people who had ties to her father’s killers. This also jars against Koofi’s image as a liberal activist.

Nevertheless, it was for her brothers’ political involvement that Koofi paid a terrible price. In Afghanistan’s most feared prison, the Pul e Charkhi, her husband contracted tuberculosis that ultimately proved fatal.

After her husband’s release from prison, the couple fled to their home province in the north. There, Koofi found a job to cover their living expenses as well as his medical bills. Two years later, when the U.S. invaded Afghanistan and a new regime was put in place, she was one of the few woman member of the United Nations’ staff. By the 2005 parliamentary elections, this widowed mother of two had convinced her family that she was the perfect person to run for a seat in Parliament.

As a woman campaigning in her strictly traditional province, she was the victim of crude smear campaigns and was once denied entrance to a mosque where she planned to speak. She had to wait outside as her male aides convinced local leaders that it was not un-Islamic for a woman to give a speech in a mosque.

Koofi went on to win election and become the deputy speaker of the House. In a country where the parliament was reopened after 30 years of war and six years of extreme oppression against women, this was an extraordinary feat.

“The Afghan public now see me as a politician first and a woman second,” she writes proudly in her memoir.

Mujib Mashal is a journalist and writer from Kabul, Afghanistan. His writings have appeared in the New York Times, Al Jazeera English, and Himal Magazine among others