1,100 Congolese Women Raped Each Day: I Am Over It - Ms. Magazine
Skip to content 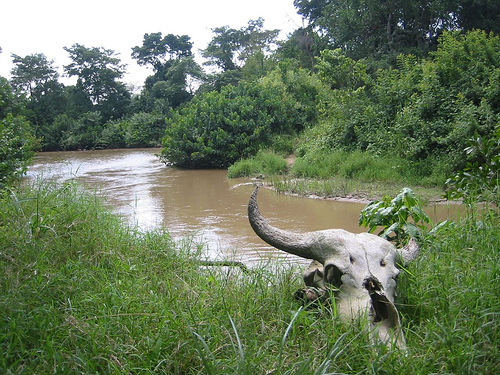 I Am Over
This being new/news. The world responding to these statistics as if it’s the first time they ever heard anything about the atrocities in the Congo, when Western white people make reports the rapes exist. When the Congolese who live amidst the madness speak out, scream out, cry out, do we not believe them? Hear them? Do they not matter?

I Am Over
UN envoys and specialists and NGOs and governments debating statistics as if any of these numbers mattered. Who needs another report? Why should people waste precious time when we know the facts — have known the facts for over 13 years?

Consider this written in Danielle Shapiro’s recent piece in The Daily Beast:

Yet the study provides the first numerical estimate using nationally representative data gathered through household-level interviews, said Amber Peterman, lead author and a gender development specialist at the International Food Policy Research Institute … Most other estimates on sexual violence in Congo have been specific to certain regions and/or relied on data collected from health centers, hospitals, police, or other authorities and service providers. That is, they relied on victims coming forward themselves.

I Am Over
The money it takes and the countless hours and the drain on the women to do these studies.
It turns out the women of Congo already know they were raped.

How many more ways do you need to know it, hear it, understand that there is femicide in the Congo and the women and girls are being systematically and consistently destroyed? How many more times are we going to ask Congolese women and little girls to sit and re-experience their stories of horror so that those who come from the West can make yet another new report that does absolutely nothing to prevent them from being raped or hold their rapists accountable? How many more time are we going to drag Panzi Hospital’s Dr. Denis Mukwege and City of Joy/V-Day Congo’s Christine Schuler Deschryver and AFEM’s Chouchou Namegabe on world rape talking tours, forcing them to reopen their wounded hearts and traumas? Is this sport?

How many more raped women and girl children will do the trick? A million every year, all the 2 million raped women raped again and again?

I Am Over
The stories. The horror. The nightmare.

I am over the pornographic repetition of gross sexual invasion and destruction and the mad distraction of the accumulation of statistics.

Danielle Shapiro goes on to quote Peterman, a lead author of the study in her piece, and to chronicle the inane conversation over statistics:

‘The study is significant not only because it reveals greater numbers, but because the data is internationally recognized [and] produced in partnership with the DRC government,’ Peterman said … Still, some are skeptical of the study’s reliability … Special Representative Wallström noted in an email that how terms like ‘sexual violence’ and ‘intimate partner violence’ are defined can be one reason for disparities among various studies. Others question whether the sample of women interviewed was representative. And some point out that, because the data come from 2006 and 2007, it may not reflect what’s happening on the ground in Congo now … Still, Tony Gambino, the former mission director in Congo for the United States Agency for International Development, said that he’s seen no evidence to suggest the situation is better for women now than it has been. U.N. figures on sexual violence for the last few years have also remained relatively stable.

Yes, we like our rape statistics stable. We like to meet our quota of raped women. We try to keep the levels steady. I Am Over The U.N. making insane statements. Reuters reporter Johnny Hogg recently wrote:

Attinger Colijn [head of the Sexual Violence Unit in the office of the Deputy Special Representative of the Secretary General on the Rule of Law] said that emphasizing the issue of sexual violence was a distraction from the wider problems of insecurity and violence that still beset the country, with donors channeling vast sums of money into projects focused on rape.’We don’t need figures like this to know sexual violence is a problem, there are many other types of violence and human rights issues that need to be tackled,’ she added.

Statements like Attinger Colijn’s reflect the true position of the UN, which is that it has never understood rape or sexual violence, never believed the consequences, always been afraid to talk about it openly with the appropriate outrage and intention needed to do something real and significant to make it stop.

I Am Over
President Obama, who won’t, who can’t even enact a law he created before he became a super warrior president. The 2006 Obama Law (Public Law 109-456) calls for a Special Envoy to the Great Lakes region and allows the U.S. to hold countries playing a part in the war on Congo’s soil accountable by withholding aid. What is he waiting for?

I Am Over
President Obama and his team leaping head first into the protection of Libya with military might and intervention (which by the way I am not calling for anywhere in the world) when the situation, as terrible as it is, is no where near the humanitarian disaster of the Congo. With Congo, he seems completely immobilized to move with any real diplomatic will because, as the devoted Congolese activist Kambale Musavuli says, “[t]he suspicion many analysts share is that the U.S. is quick to act against its enemies while providing cover for its allies, even if its allies are clearly culpable for committing mass atrocities, crimes against humanity and possible genocide…”

I Am Over
A world that could allow, has allowed, continues to allow 400 thousand women, 23,00 women, or one woman to be raped anywhere, anytime of any day in the Congo.

The women of Congo are over it too. When I was there last month they told me they were going to begin a story strike and stop telling about their rapes. They want peace. They are not entertainment. Their suffering is not for consumption. Dr. Mukwege didn’t plan or desire to spend his life sewing up the raped and destroyed vaginas of the beloved women of his country. When will the time come when we give Dr. Mukwege awards for bringing life into this world, for helping the women of his country thrive and give birth and build lives, instead of awarding him for the sorrowful work he is required to do?

I Am Over It.
No more studies of raped women
No more statistics
No more breaking news that is 14 years old
No more pretending you didn’t know
Pass the Obama law
Get Rwanda and Uganda and Burundi and Angola out of Congo
With diplomatic pressure
Train women soldiers and police officers
Support local Congolese women’s groups on the ground –
Not with directions and agendas but with money
Make noise
Let It Be Over.

V (formerly Eve Ensler) is a Tony Award-winning playwright, activist, performer and author of the Obie award-winning theatrical phenomenon The Vagina Monologues, published in over 48 languages, performed in over 140 countries, and was recently heralded by The New York Times as one of the most important plays of the past 25 years.

Abortion Access: If There’s Political Will, There’s A Way
America’s Lack of Paid Leave Is Devastating Women and Families
Jacinda Ardern Showed the Power of Women’s Leadership—And the Urgent Need for More