Anti-Trafficking Enforcement in U.S. is an Abysmal Failure - Ms. Magazine
Skip to content 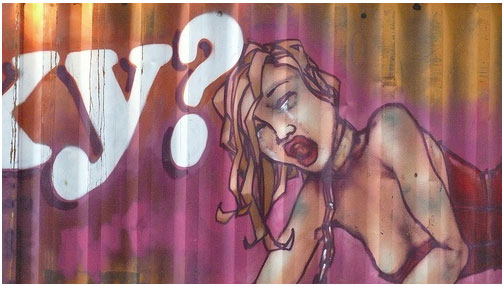 It’s been over a decade since the Victims of Trafficking and Violence Protection Act of 2000 (TVPA) was passed into law, and a new report from the Bureau of Justice Statistics reveals that astonishingly little has been done since.

The TVPA defines a human trafficking victim as

According to the report [PDF], federal task forces funded by the TVPA opened only 2,515 investigations of suspected incidents of human trafficking between January 2008 and June 2010, leading to 144 arrests so far.

So how does this relate to numbers of people actually trafficked in the U.S.? That’s a surprisingly tough question. It is difficult, perhaps impossible, to get firm statistics on modern-day slavery due to vast underreporting, the covert nature of the crime and the tendency to criminalize, rather than recognize, victims of sex slavery (even when they are children). Part of the problem is the misnomer “trafficking,” which inaccurately suggests that victims have to come from other countries. In fact, the term trafficking applies to any coerced sex or labor, including all prostituted children.

Moreover, as anti-trafficking organization the Polaris Project points out, clear numbers for the U.S. are particularly lacking. The Department of Justice estimates that 17,500 people are trafficked from other countries, but has no firm estimates on those trafficked within U.S. borders.

I suspect that U.S. citizens and policy-makers have a hard time imagining that modern-day slavery is prevalent in our country, and an even harder time understanding that the vast majority of trafficking victims here are U.S. citizens. The State Department estimates that of the world’s 27 million trafficking victims, about 100,000 live in the U.S. In contrast, the Polaris Project estimates that there are 100,000 cases of child sex trafficking alone in the U.S. each year.

Even if we use the State Department’s 100,000 figure, this means investigations were opened on only 2.5 percent of human trafficking cases. Even assuming that one case represents multiple victims, it is clear that federal efforts to address human trafficking in the U.S. are simply not effective.

However, our anemic efforts to combat trafficking in the U.S. do not stop us from pointing the finger at other countries. The State Department’s just-released 2011 Trafficking in Persons Report, which evaluates worldwide efforts to fight modern-day slavery, began including the U.S. only last year. And that was thanks to Secretary of State Hillary Clinton, who said:

One of the innovations when I became Secretary was we were going to also analyze and rank ourselves, because I don’t think it’s fair for us to rank others if we don’t look hard at who we are and what we’re doing.

So where does the U.S. rank?

The State Department uses a three-tier system. Tier 1 countries are in full compliance with the TVPA, Tier 2 countries are making “significant efforts” to comply and Tier 3 countries are making no efforts whatsoever. The U.S. is predictably ranked as Tier 1, which begs the question: How accurate is this rating system if a 2.5 percent prosecution rate gets us to the top? 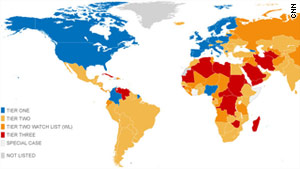 The State Department’s ranking system misleads the public by focusing on purported efforts instead of actual outcomes. It has also been criticized for ranking China higher than deserved, and for lumping countries together with dissimilar records. The U.S. could standardize its rankings and avoid the latter criticism if it published national trafficking-prosecution rates–but that would expose the fallacy of U.S. superiority in efforts to combat trafficking.

State Department representative Luis CdeBaca defended the annual rankings, saying [PDF] such reports “can mean telling friends truths they may not want to hear.” I hope the State Department doesn’t mind some friendly truth-telling: Federal efforts to address human trafficking in the U.S. are an abysmal failure.

Kristen Clarke to Join Justice Department: “We Will Turn the Page on Hate”