Female Decision-Makers Set to Lose Out in Britain - Ms. Magazine
Skip to content 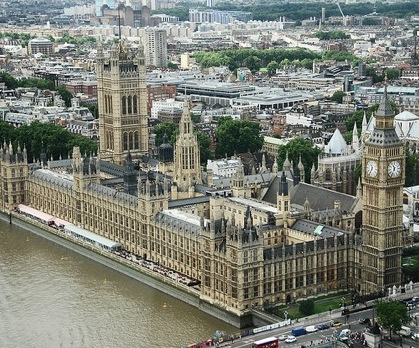 The U.S. isn’t the only country in which harsh deficit-cutting measures have been proposed.

Right now, Britain’s coalition government is laying out plans for an ambitious public services reform program in the name of cutting the UK’s deficit. The government is seeking to overhaul everything from police to pensions to the number of politicians in Parliament. Many of the changes involve inviting private companies to run services previously provided by the state.

Opinion in the UK is sharply divided as to whether this transformation is necessary–or desirable. One thing is clear, however: The changes  are likely to have serious consequences for the presence of women in public life in the UK.

Last week, the Centre for Women and Democracy in the UK published a new report [pdf] finding that British women were set to lose their voices in strategic decision-making roles across the country, including in key areas such as policing and the economy.

How is this the case? Because filling positions from the private rather than the public sector, or making roles elected rather than appointed, is expected to shrink the already low numbers of women in many of these jobs.

For example, by getting rid of the current police authorities and replacing them with “Policing and Crime Panels,” the number of women scrutinizing local policing is expected to be cut almost in half. Likewise, women are considerably less likely that men to stand as candidates to become new elected police commissioners.

It may not be too late to stop the gendered impact of these changes though according to Nan Sloan, director of the Centre for Women and Democracy:

We believe that, with a little forethought, much of this could be avoided. We think it’s time the political establishment recognized women’s right to be fully involved in decisions made about the services for which they pay.

As in Washington, men continue to dominate Westminster. They make up four out of every five members of Parliament. The UK’s current administration only has four female ministers in its 22-person cabinet. Perhaps if there was more parity at the very top of Britain’s government, it would take greater care to safeguard women’s representation at every level of public life.

Orlanda Ward is a gender and politics specialist based in London, UK. She is currently researching women’s political representation for the Hansard Society, Britain’s leading political research and education charity. Previously Orlanda worked as the Coordinator of the National Alliance of Women’s Organisations (UK). She has also written on issues facing women in business and politics for Cosmopolitan magazine (UK). Orlanda holds an MA in Gender Studies from University College London, and is a graduate of the Women’s Campaign School at Yale. Her masters thesis focused on US media framing of race and gender during the 2008 Clinton-Obama Democratic presidential nomination contest. She first discovered Ms in a small town library in Sweden.