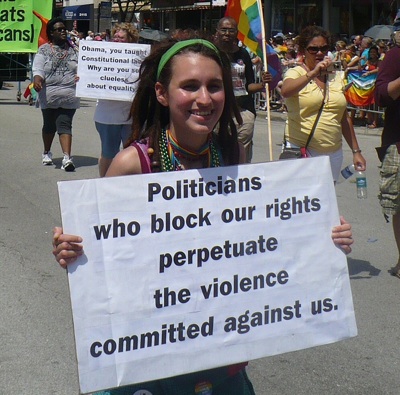 In April, the brutal attack of 22-year-old Chrissy Lee Polis at a McDonald’s outside Baltimore, Md. put the issue of violence against transgender women into the national spotlight. Polis was dragged by her hair and then beaten by two teenage girls when she tried to use the women’s restroom. (One of her assailants pled guilty last Thursday in a Baltimore County Court, while the other was sentenced to juvenile detention.)

A video of the incident went viral and sparked Internet outrage, spurring hope among transgender activists that it would serve as a wake-up call for communities to better protect trans women. But a recent wave of similar attacks suggests that little has changed. Last week, Camila Guzman was found violently murdered in her Harlem apartment. The news came a day after police began investigating a possible link between two shootings of transgender women in a Washington, D.C. neighborhood, one of which was fatal.

A report released in July by the National Coalition of Anti-Violence Programs (NCAPV) shows transgender women make up 44 percent of all LGBTQ murder victims. The study also reported a troubling 13 percent rise in anti-LGBTQ hate crimes in 2010.

Even these numbers might underestimate the real frequency of such attacks, says activist Earline Budd, founder of the advocacy organization Transgender Health Empowerment Inc. She told The Washington Post:

There is constant violence that goes unreported. Many of the transgender folks who come here say they don’t feel comfortable reporting an assault because they think they’re not going to be seen as a victim, but as a person who brought on the attack.

Indeed, the NCAPV study [PDF] found that over half of survivors did not report the event to the police. Transgender women were the least likely to report an attack. Of those who did go to the police, over 60 percent said authorities were “indifferent, abusive or deterrent.” This response was most common among transgender people of color–those most likely to be victim to a crime.

GLAAD and other LGBTQ organizations are calling for more protection from New York City authorities after the recent series of attacks. City officials have been largely silent in response, except for city council member Melissa Mark-Viverito, who pledged that this kind of violence will not be tolerated in Harlem “or anywhere in this city.” No concrete city actions have yet been proposed.

These murders are a wake-up call for all organizations that work to end hate violence. We must work collaboratively to create specific strategies to prevent violence against transgender people of color.

So far, only 15 states have passed anti-discrimination policies, and federal attempts to protect the transgender community have repeatedly failed. It shouldn’t take another Camila Guzman or Chrissy Lee Polis to convince lawmakers and police to extend protection to those who need it most.