Can We Have the HPV Vaccine Without the Sexism and the Homophobia? - Ms. Magazine
Skip to content 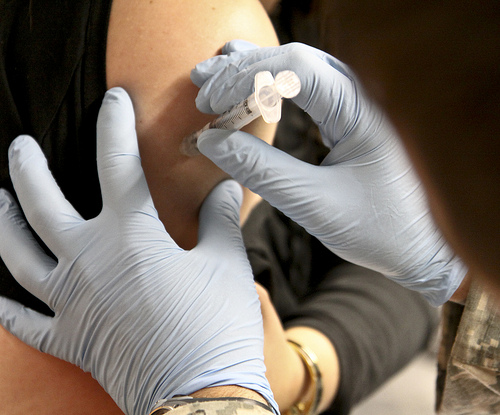 There are many reasons this makes good sense. As I wrote in the Winter 2010 issue of Ms., there’s overwhelming evidence that HPV can lead to deadly oral, anal and penile cancers–all of which affect men and all of which are collectively responsible for twice as many deaths in the U.S. each year as cervical cancer. However, vaccines are a touchy topic, and I want to be clear that I’m not advocating in favor of or against anyone’s decision to get an HPV vaccination. I do strongly advocate for boys and girls, men and women, to have equal access to Gardasil and any other FDA-approved vaccine. Private insurers are required to cover HPV vaccines for girls and young women with no co-pay under the 2010 health reform legislation, and with this decision, that coverage requirement will extend to boys and young men, effective one year after the date of the recommendation. And, whether or not you or your loved ones get vaccinated against HPV, we will all benefit from more vaccinations, considering the extent of this sexually transmitted epidemic/pandemic, which affects as many as 75 percent of adult Americans and can be spread by skin-to-skin genital or oral contact (yes, that includes “French kissing”).

Nevertheless, the New York Times goes on to muse that “vaccinating homosexual boys would be far more cost effective than vaccinating all boys, since the burden of disease is far higher in homosexuals.” Thankfully, the author also thought to check this idea with a member of the CDC committee, who seemed to grasp the ethical and practical challenges of making a recommendation based on a boy’s or man’s “homosexuality.” Kristen R. Ehresmann, Minnesota Department of Health and ACIP member, is quoted as cautioning, “But it’s not necessarily effective or perhaps even appropriate to be making those determinations at the 11- to 12-year-old age.”

Instead of contributing to a homophobic panic, I thought it might be helpful to field a few frequently-asked-questions:

Q: Do you have to have a cervix to benefit from the “cervical cancer” vaccine? A: No. Despite its early branding, Gardasil has always been an HPV vaccine. Physiologically speaking, boys and men could have been benefiting from the vaccine since its initial FDA approval.

Q: Why are they recommending vaccinations for girls and boys as young as 11? A: Vaccines only work if given before contact with the virus. Reliable data on age of first “French” kiss is not available, but recent surveys show that about 25 percent of girls and boys in the U.S. have had penile-vaginal intercourse before their 15th birthdays.

Q: Are you too old to benefit? A: If you have not yet been exposed to all four of the HPV strains covered by Gardasil, then you can still gain protection. The more challenging question is: How would you know? The only ways to test for HPV (and then HPV type) is by tissue samples being sent to a lab. Most HPV infections are asymptomatic.

If this last answer strikes you as unreasonable, then mobilize your political energies to advocate for increased funding for HPV research. We need and deserve better ways to be tested and treated for the types of HPV that have been linked to serious and potentially fatal cancers. And, as my own research has shown, we have to get rid of the harmful stigma surrounding HPV and other sexually transmitted infections. We also need to stop inaccurately linking STDs to gender or sexual orientation. You can help by making sure your community supports medically accurate, age-appropriate sexuality education. And if you or a loved one wants more information about sexual health, then check out these free online resources.