What a Difference a Strong Snow White Makes - Ms. Magazine
Skip to content 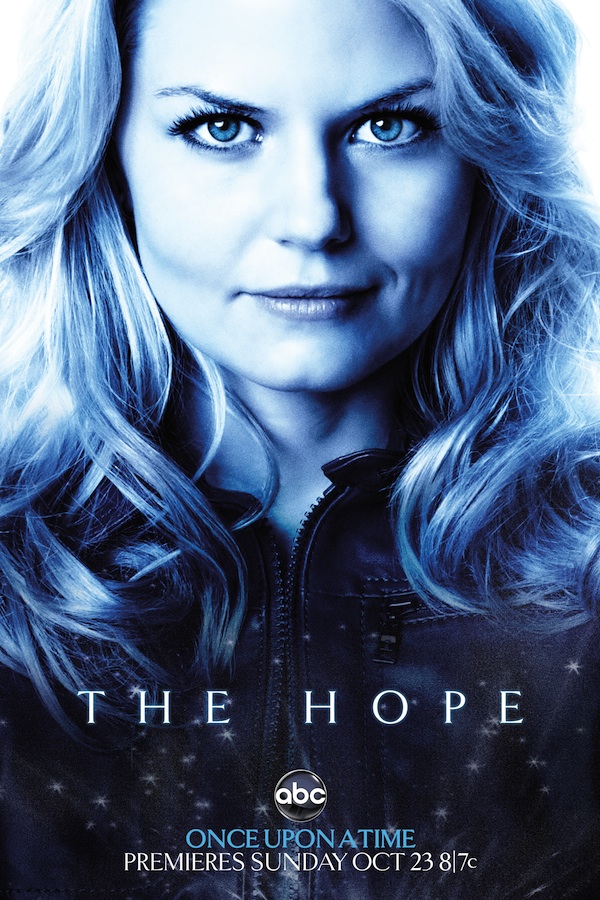 Two new fall TV shows, Once Upon a Time and Grimm, blend the real world with the world of fairy tales–but there the similarities stop. The two are radically different, especially in their representations of women. When Grimm remembers that women exist, they are hapless victims (think CSI: Deep Dark Woods), while Once Upon a Time centers on strong female characters (think Snow White: Disney Princess Slayer–no, she doesn’t slay princesses in the literal sense, but she does slay the notion that females are only good for befriending small animals and riding around in pumpkins).

Blending fairy tale allusions and hardboiled criminal procedural, Grimm, set in Oregon, focuses on a male detective and thus far has put women on the sidelines. When they appear, it is as potential victims who had better “stay out of the forest” if they want to stay safe. The season premiere opens with a young woman jogging in a red hooded sweatshirt while listening to the Eurythmics coo, “Some of them want to abuse you.” Sure enough, our Little Red Jogging Hood soon meets a wolfish attacker. Never fear, though: The intrepid male detective duo of Nick Burckhardt (David Gntoli) and Hank Griffin (Russell Hornsby) are on the trail, serving as would-be woodsmen-to-the-rescue.

The one strong woman in the premiere is Mary, Nick’s guardian since he was 12, who dispenses wisdom and battles a monstrous baddie. Unfortunately, there are clues Mary may not be around for long–too bad, as putting a strong woman at the helm of a fairy tale is a rare occurrence (unless you consider finding a prince a particularly strong character trait).

The most intriguing moment in the premiere comes when Nick targets the wrong creature, a reformed werewolf. The wolf insists on his innocence, angrily telling Nick, “You people started profiling us over 200 years ago.” It will be interesting to see if the show builds on ideas of racial profiling … or if it includes some strong women.

Until it does, I will get my strong-women-in-fairy-tales fix watching Once Upon a Time. Once features not only a re-vamped Snow White (Ginnifer Goodwin), but her kick-butt daughter, Emma Swan. In an intriguing premise, the characters, who live in a town called Storybrooke, are trapped between two worlds–a fairy-tale past and the modern day. An evil spell cast by (who else?) a wicked Queen has transported all the fairy-tale characters into the contemporary world and made them forget who they are. Now the Queen is Storybrooke’s dictatorial mayor, Rumpelstiltskin is the uber-capitalist Mr. Gold, the newfangled Snow is an elementary school teacher, little Red and Fairy Godmother are hotel proprietors and Jiminy Cricket is a child therapist. The Queen’s adoptive son Henry is on a quest to save the day, enlisting the help of his real mother, bail bondswoman (and daughter of Snow White) Emma Swan (Jennifer Morrison). Thus far, it is not clear who knows they are stuck fairytale characters and who doesn’t, but the lavish costumes, special effects and attention to fairy-tale detail weave a dark and potent spell.

The themes and content of the show thus far circulate around issues of gender, class, education, mothering/parenting, beauty, aging and power–common fairy tale tropes, but Once appears committed to giving them a feminist twist.

Yes, the show uses the “evil stepmother” trope, but complicates it by suggesting that “evil” women may be the result of a society that stigmatizes single mothers and powerful women in the workforce. Maleficent (played by True Blood’s Kristin Bauer van Straten) is a woman stuck within capitalist patriarchy–where Mr. Gold (Rumplestiltskin) calls the shots.

The show also puts an interesting twist on that fairy tale fetish object: true love. When the Queen wants to release her dark curse, Rumplestiltskin tells her she must sacrifice “the heart of the thing you love most.” That turns out not to be some Prince Charming character, but her father.

Henry’s quest for true motherly love is another major theme. However, the show is careful not to suggest that Emma’s love is “better” or “natural” because she is his biological mother. It also avoids demonizing her for putting Henry up for adoption, noting the age and class factors that contributed to her decision. Moreover, it opens out what “mothering” means–it is not about having money and power (like the Queen), but about the type of nurturing that Snow White (Henry’s elementary school teacher) offers.

The most exciting piece of the show is Emma Swan as feminist heroine. Her pursuit of a “happy ending” is not about finding a man or going to a ball all gussied up, but about detective work, about building a relationship with her son Henry, and about seeking the “truth” as to why time stands still in the corrupt Storybrooke world. Emma doesn’t believe she can save the day, but, as Henry points out,  “The hero never believes at first, if they did, it wouldn’t be a very good story.” For once a female is poised to be the hero–and with no Prince Charming by her side. Woot!

I believe this is going to be one heck of a good story, and I hope against hope for the happy ending of finally having a mainstream fairy-tale that doesn’t sideline women or suggest they are only good for cleaning up after dwarves, marrying princes, or sleeping attractively. As for me, I am not awaiting “true love’s kiss”–nope, I am counting the days until the next episode of Once Upon a Time.