What Does a "Young Feminist" Icon Have To Say at 40? F'Em! - Ms. Magazine
Skip to content 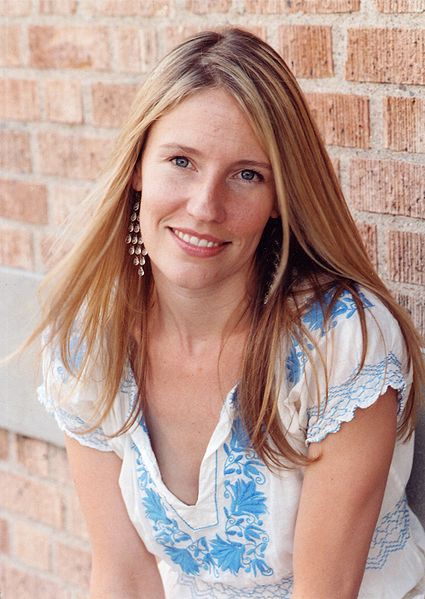 So what does a spokesperson for young feminism do a decade later? Baumgardner, now in her 40’s, addresses that question head-on in the introduction to her latest work, the essay collection F’Em! Goo Goo, Gaga, and Some Thoughts on Balls. She says that age has brought more sophistication to her work, but that feminists 15 years her junior continue to inspire her. She takes issue with the “myth” that feminism is dying in younger women, arguing that there is a new “fourth wave” of online feminist activism.

The fourth wave may be surging up, but Baumgardner’s book makes clear that Gen X feminism’s intellectual life didn’t end at 40. F’em! is a collection of smart essays and interviews, some brand-new and some previously published in magazines such as Bust and Glamour. The topics are eclectic, from reproductive rights to LGBT issues to purity balls (the “Balls” of the title) to personal stories such as how Baumgardner helped her underage sister acquire an abortion. Her interview subjects are equally varied: Kathleen Hanna of Bikini Kill, Debbie Stoller, Shelby Knox, Björk, Ani DiFranco, Loretta Ross, Julia Serano and Amy Ray of the Indigo Girls (whom fans of Baumgardner will recognize as Baumgardner’s ex, a relationship recounted in her 2007 memoir, Look Both Ways: Bisexual Politics).

If there is a central theme of F’Em!, it is questioning—but not outright answering—who deserves to be called a feminist and who doesn’t. One very apt essay talks about Baumgardner’s disagreements with some of Ariel Levy’s opinions in Female Chauvinist Pigs. But Baumgardner also describes the two women getting together and realizing that, while they looked opposed on the page, in person they had much in common.

To Baumgardner, it seems, feminism is about choosing your partners, choosing your career, choosing whether or not to have children (and how many) and choosing the lifestyle that makes your life happy and right for you. Though the essays may be on apparently scattered topics, this was the lesson I got from all of them. It’s a lesson I find simple and very true.

Throughout the essays, I also appreciated her sense of humor, beginning with the title itself. (The provocative “F’em!” is a play on “fem,” as in feminism). Then there’s the cleverly titled essay “Breast Friends,” about cross-nursing–two lactating mothers trading babies to nurse–something her friend brought up and Baumgardner decided she was willing to try. She finds humor in having been subsequently branded a cross-nursing activist. She also peppers the book with jokes about how people assume she can’t really be bisexual because she’s married to a man. Baumgardner is good-natured about these misperceptions. If they don’t understand her, then f’em.