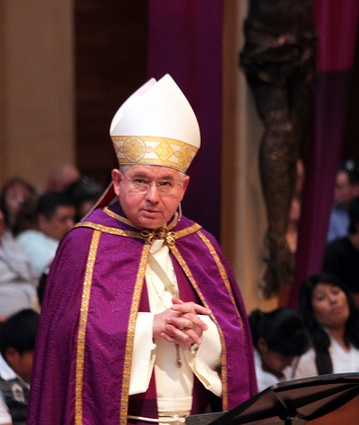 Welcome to the sixth #HERvotes blog carnival! This time we are speaking out on the effort by the Catholic bishops to allow some institutions to refuse, under the Affordable Care Act, birth control coverage without co-pays to students and employees of hospitals, universities and other institutions, or other religious affiliated or connected institutions such as Catholic Charities.

Birth control coverage with no co-pays? Without a doubt one of the most popular benefits of the Affordable Care Act, the preventive care provisions for women require nearly every health insurance provider to cover contraception without any cost-sharing.

Until now. Maybe. Because there’s a full court press from the Conference of Catholic Bishops (yes, reportedly even the Archbishops are weighing in) pressuring the White House to dramatically expand this refusal clause.

The Catholic bishops want to exempt the health insurance of every religiously connected or affiliated institution from this requirement, meaning millions of Americans would lose this benefit–students, teachers and staff at religiously-connected schools and universities; social workers, nurses, and other staff (and their families) at religiously-affiliated hospitals that employ thousands of people; huge organizations like Catholic Charities, and many more–regardless of the religious beliefs of those employees and students.

Although the pro-choice community opposed having any exemptions from contraceptive coverage, the guidelines issued by HHS Secretary Kathleen Sebelius contained a narrow exemption that applied primarily to houses of worship.  But the bishops want more.  Much more.
If the bishops have their way, at least six million women with health insurance will lose this new contraceptive coverage benefit, for no reason other than where they work or go to school.

We must keep the Affordable Care Act strong, and preventive care for women is critical.

If we spread the word far enough we can make sure the White House hears women’s voices as strongly as they are hearing from the bishops.

The blog posts below share more reasons why we need to take action now. Happy reading, and thanks for joining the fight to save contraceptive coverage in the Affordable Care Act.

The decision is imminent. You can urge Obama not to cave in to the bishops by signing any of these petitions:

#HERvotes, a multi-organization campaign launched in August 2011, advocates women using our voices and votes to stop the attacks on the women’s movement’s major advances, many of which are at risk in the next election. We are very excited HERvotes is growing in membership and reaching millions of people.

Kim Gandy is a lawyer and women's rights leader, having been active in movements for equality for more than 30 years. She was twice elected national president of the National Organization for Women, term-limited in 2009 after eight years, and now is Vice President and General Counsel of the Feminist Majority Foundation. In 2009 she was a resident Fellow of the Institute of Politics at the Harvard Kennedy School of Government. During her tenure at NOW, Gandy was a lead organizer of the million-plus 2004 March for Women's Lives and led a multi-issue agenda committed to achieving equality for women, advancing reproductive freedom, promoting diversity and ending racism, stopping violence against women, winning LGBT rights, and ensuring economic justice. Gandy regularly appears on television and radio, as well as in print and internet media. She is an active leader in the progressive community, serving currently as Chair of the Board of Free Press, the media reform organization, on the board of Legal Momentum, the women's legal defense and education fund, and on the advisory committees of Ms. Magazine and Take Your Daughters and Sons To Work Day. She has served on a variety of nonprofit boards, including the Executive Committee of the Leadership Conference on Civil and Human Rights and the Rainbow/PUSH coalition.