NEWSFLASH: After 9 Years of Hemming and Hawing, FDA Likely To Approve Over-the-Counter Plan B! - Ms. Magazine
Skip to content 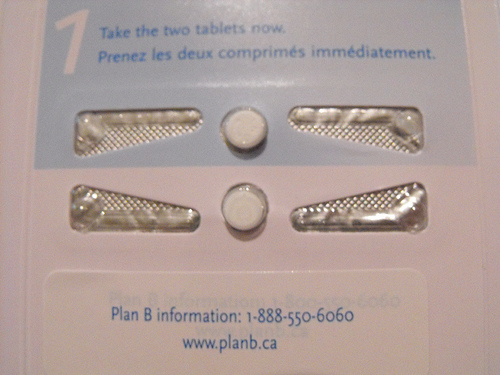 At long last, the emergency contraception (EC) drug Plan B is poised to become available over the counter with no age restriction. EC has been available via prescription since 1998, and in 2003, the FDA began considering making it available over the counter. But the process was bogged down in internal debate. FDA medical official Janet Woodcock voiced fears in one leaked memo that approval would lead to “extreme promiscuous behaviors such as the medication taking on an ‘urban legend’ status that would lead adolescents to form sex-based cults centered around the use of Plan B.”

These shenanigans went on so long that in 2005, Director of the Office of Women’s Health and Assistant Commissioner for Women’s Health Susan Wood resigned in protest over the continued politicization of the approval process. Finally, due to the relentless efforts of pro-woman legislators like then-Sen. Hillary Rodham Clinton (D-N.Y.) and Sen. Patty Murray (D-Wash.) and organizations such as the Center for Reproductive Rights, in July 2006, the FDA approved EC for over the counter sale, but only for women aged 19 and up. In 2009–apparently assured that the availability of the drug had not set off an unstoppable orgy of sex-crazed youth–the agency lowered the age to 17.

That age restriction, however, made the “over-the-counter” status more symbolic than real. It is actually kept behind the pharmacy counter with methamphetamine ingredients like Sudafed. Anti-abortion pharmacists had the option of simply lying to women and saying Plan B was out of stock, as one pharmacist in Arizona did.

Now, Plan B drug maker Teva has asked the FDA to approve “Plan B One Step” for over-the-counter sale without an age restriction. The review deadline is tomorrow–Wednesday, Dec. 7–and people in the know say it’s got a good chance of approval. So get ready to pop the champagne cork and celebrate a huge victory for women’s rights.

Hat tip to Jessica Valenti for her great piece on Plan B, which you can read here.

UPDATE, 12/7: In a shocking and unprecedented move, HHS Secretary Kathleen Sebelius blocked the FDA’s approval of OTC Plan B without age restriction. Take action to help reverse this decision—click here to tell President Obama not to let science and medical standards be trumped by politics.