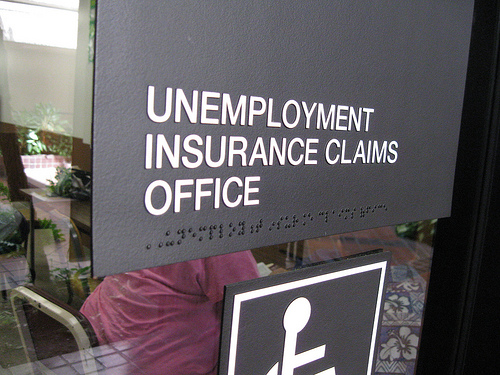 Welcome to the seventh #HERvotes blog carnival! Today the coalition tackles the need to protect women and employment during these tough economic times, with a focus on the importance of extending Unemployment Insurance (UI) before the December 31st deadline.

It is critical that Congress acts before the end of this calendar year to renew federal UI. The loss of this lifeline will hurt some 6 million people who stand to lose their benefits in 2012.

If Congress fails to extend the benefits, women will suffer. According to Dr. Adriana Kugler, chief economist for the Department of Labor, 2.2 million women will lose their benefits if UI is not extended. Many others will be affected too, including 500,000 Latinos and 400,000 Latinas, 1.2 million African Americans (including 500,000 African American women), and millions of children.

UI must be extended in order to protect American families. 1.8 million struggling families will be immediately kept afloat. This will have a positive impact on our overall economy too; studies show that every $1 spent on unemployment insurance stimulates $2 in growth in the U.S. economy.

Extending unemployment insurance must be a vital priority for Congress. For many American families and many American women, the protection of their benefits is crucial.

Let’s spread the word and make sure Congress hears our voices.

The blog posts below include personal stories and more information on why unemployment insurance is critical. Happy reading and thanks for joining in the fight to protect women’s economic welfare.

#HERvotes, a multi-organization campaign launched in August 2011, advocates women using our voices and votes to stop the attacks on the women’s movement’s major advances, many of which are at risk in the next election.  We are very excited HERvotes is growing in membership and reaching millions of people.

I Am ‘Occupying’ D.C. for My Children and Future Generations– Linda Evans

Without Unemployment Insurance, My Family Would Have To Choose Which Bills to Pay– Teresa “Tigger” Rey, Mom’s Rising

The Pathways Back to Work Act: A Must-Pass Piece of Legislation for Women– Julie Vogtman, National Women’s Law Center

Women and the Unemployment Crisis– National Association of Social Workers