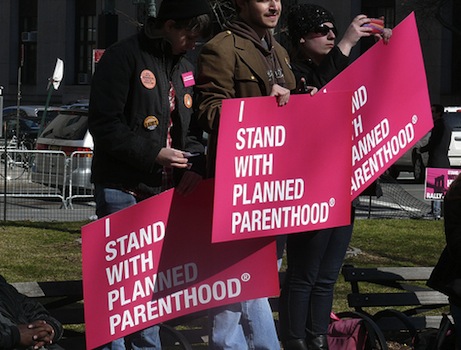 This vote marks a record-breaking 11th overturn of the governor’s veto over the last two years–and the third time in the last week alone. The pro-choice Democratic governor has faced constant opposition from her conservative General Assembly [what North Carolina calls its House] since she assumed office in 2009.

In a statement released after the final vote, Perdue lamented,

I tried repeatedly to reach a bipartisan compromise with the leaders of the General Assembly to improve their budget, but they chose confrontation over compromise.

This is the North Carolina legislature’s second attempt to defund Planned Parenthood. Last year it unsuccessfully targeted the healthcare provider through a budget provision that withheld funds from the organization’s contraceptive and teen pregnancy programs. An injunction by a federal judge, claiming the provision was unlawful, blocked the state from removing Planned Parenthood’s funds.

So how did the legislature get around that this time? Lawmakers avoided any explicit mention of Planned Parenthood in the bill, instead preventing North Carolina’s Health and Human Services department from funding any “private providers” of family planning services.

The money deferred from the Planned Parenthood clinics will be directed toward county-sponsored health departments that do not offer abortion services. The approved budget only further burdens North Carolinian women already saddled with a host of anti-choice legislation, ranging from abortion refusal clauses for doctors, nurses and health care facilities to denying low-income women state medical assistance for elective abortion procedures.