The fourth and last in a series about how girls and women can navigate a culture that treats them like sex objects. (Part 1, Part 2, Part 3). This post details some daily rituals that women can start doing to interrupt damaging beauty culture scripts. 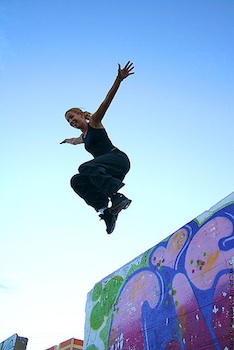 1) Start enjoying your body as a physical instrument. Girls are raised to view their bodies as a project they have to constantly work on and perfect for the adoration of others, while boys are raised to think of their bodies as tools to master their surroundings. Women need to flip the script and enjoy our bodies as the physical marvels they are. We should be thinking of our bodies as vehicles that move us through the world; as sites of physical power; as the physical extension of our being in the world. We should be climbing things, leaping over things, pushing and pulling things, shaking things, dancing frantically, even if people are looking. Daily rituals of spontaneous physical activity are a sure way of bringing about a personal paradigm shift, from viewing our bodies as objects to viewing our bodies as tools to enact our subjectivity.

Suggested activity: parkour,”the physical discipline of training to overcome any obstacle within one’s path by adapting one’s movements to the environment,” can be done any time, anywhere. I especially enjoy jumping off bike racks between classes while I’m dressed in a suit.

2) Do at least one “embarrassing” action a day. Another healthy daily ritual that reinforces the idea that we don’t exist to only please others is to purposefully do at least one action that violates “ladylike” social norms. Discuss your period in public. Swing your arms a little too much when you walk. Open doors for everyone. Offer to help men carry things. Skip a lot. Galloping also works. Get comfortable with making others uncomfortable. 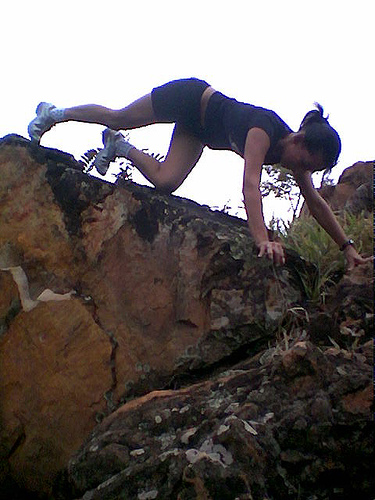 3) Focus on personal development that isn’t related to beauty culture. Since you’ve read Part 3 of this series and given up habitual body monitoring, body hatred and meaningless beauty rituals, you’ll have more time to develop yourself in meaningful ways. This means more time for education, reading, working out to build muscle and agility, dancing, etc. You’ll become a much more interesting person on the inside if you spend less time worrying about the outside.

4) Actively forgive yourself. A lifetime of body hatred and self-objectification is difficult to let go of, and if you find yourself falling into old habits of playing self-hating tapes, seeking male attention, or beating yourself up for not being pleasing, forgive yourself. It’s impossible to fully transcend the beauty culture game, since it’s so pervasive and part of our social DNA. When we fall into old traps, it’s important to recognize that, but then quickly move on through self forgiveness. We need all the cognitive space we can get for the next beauty culture assault on our mental health.