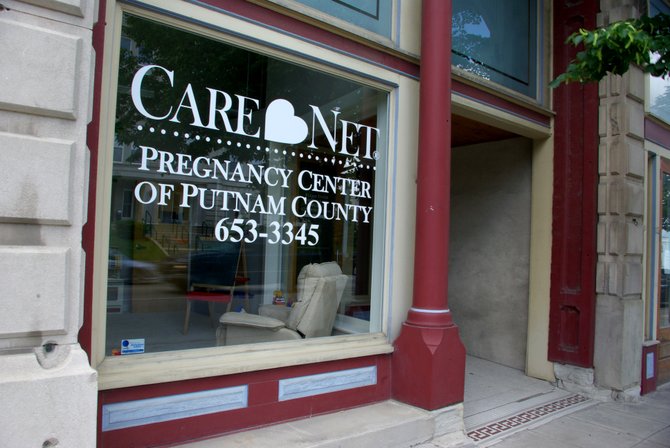 Feminists across the country heralded the defeat of Virginia’s transvaginal ultrasound bill last February as one of the major victories in the War on Women. But while its amended law, which went into effect July 1, mandates only external ultrasounds, the statute still requires women to seek an ultrasound 24 hours before their scheduled abortions–a medically unnecessary burden that anti-abortion activists hope will discourage women from following through with the procedure.

[A] qualified medical professional trained in sonography and working under the supervision of a physician licensed in the Commonwealth shall perform fetal transabdominal ultrasound imaging on the patient undergoing the abortion for the purpose of determining gestational age.

On top of that, the Virginia Department of Health released a list of clinics [PDF] offering no-cost ultrasounds–and every single one listed is a crisis pregnancy center (CPC).

CPCs have a long history of providing biased, inadequate care for pregnant women. Nearly all of the estimated 4,000 CPCs in the U.S. pass off as basic health care centers, yet maintain active anti-choice agendas. Preying on vulnerable women, the centers often open next to legitimate health care providers, and attempt to dissuade “patients” from seeking abortions by providing factually incorrect medical information, such as drastically overstating the risks of abortion complications and falsely associating breast cancer with abortion. Funded in part by faith-based initiatives established under President Bush’s administration, CPCs received more than $60 million in federal grants for abstinence education and other programs between 2001 and 2006. Few CPCs even offer medical services; sonograms are used mostly as a means to convince women to carry their pregnancies to term.

CPCs also sacrifice women’s privacy, since there is no legal requirement that medical information obtained by CPCs must be kept private.

Considering that most CPCs rely primarily on volunteer labor from Christian hiring pools and admit their services are not intended to be a substituted for professional counseling or medical care, the Virginia Department of Health’s recommendation list is a little confusing. Clearly, some of the clinics it recommends do not live up to its lawful standard. The bill was purported as a way to protect women’s health, but now the state is openly advocating for untrained staff to offer unregulated advice and procedures to women seeking medical help.

According to Katherine Greenier, director of the Patricia M. Arnold Women’s Rights Project of the ACLU of Virginia:

State sanctioning of CPCs are just one more attempt to make abortion disappear from Virginia. And considering CPCs’ lack of privacy, medical standards and medically accurate information, recommending them is certainly no way to protect the health of Virginia’s women.