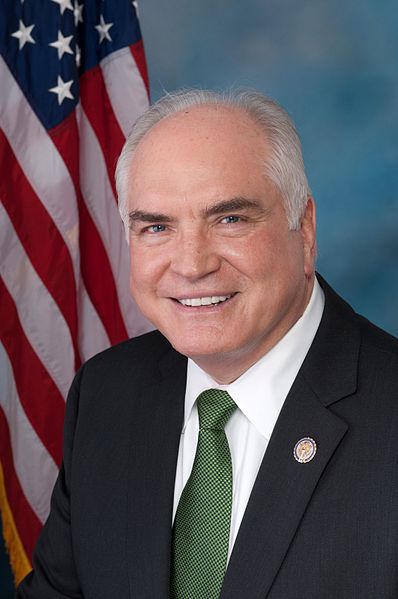 Forget the day John F. Kennedy was shot, the Iranian hostages were released or Osama bin Laden was killed. Nothing will be more infamous than the first time American women were able to receive no-copay birth control.

At least that’s true for one disgruntled, contraception-fearing congressman.

Yesterday, eight preventive services for women were enacted under the Affordable Care Act (ACA), including the contraception mandate, which ensures that birth control and sterilization methods will be covered by health plans without copays or deductibles. While people around the country celebrate this major advancement in women’s health care, Rep. Mike Kelly (R-Penn.) bemoaned the destruction of America at a press conference on Capitol Hill:

I know in your mind you can think of times when America was attacked. One is December 7, that’s Pearl Harbor day. The other is September 11, and that’s the day of the terrorist attack. I want you to remember August the 1st, 2012, the attack on our religious freedom. That is a day that will live in infamy, along with those other dates.

That’s right: An affordable birth-control mandate is as reprehensible as bombings and terrorist attacks that claimed thousands of American lives.

Kelly’s statement is not only offensive to families of 9/11 victims and World War II veterans but to every woman in the U.S. And he wasn’t the only one to negate women’s health care. Rep. Ann Marie Buerkle (R-N.Y.)  said at the same press conference:

This is a right that every American should be outraged, outraged about what … [HHS] Secretary [Kathleen] Sibelius has set forth here on August the first. And as Mike said, August the 1st is a day that we as Americans will look at as the largest assault on our First Amendment rights.

Anti-choice and anti-women legislators, along with the U.S. Conference of Catholic Bishops, have been crying about the violation of their “religious freedom” since the ACA was signed in 2010. After President Obama proposed a compromise earlier this year as a solution—ensuring that a third party, not employers, will offer the contraceptive coverage—the “religious freedom” fight escalated to freedom rallies and the bishops’ Fortnight for Freedom campaign—which went out with a whimper rather than a rallying cry. And as religious freedom lawsuits get dismissed in federal courts around the country, the claim of rights being squelched becomes even more baseless.

So let’s define this “religious freedom” argument for what it truly is: A fight to turn back the clock on women’s reproductive freedom.