Marriage at the Supreme Court - Ms. Magazine
Skip to content 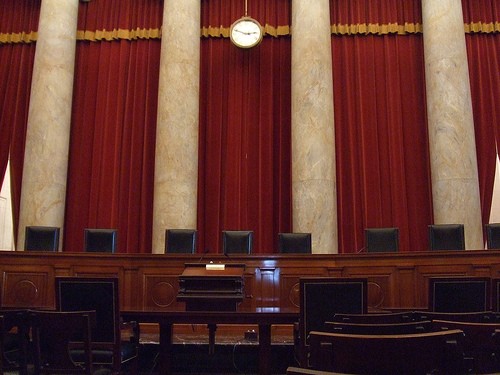 Are you or someone you love in a committed same-sex relationship, hoping to get married?

The national debate over marriage equality is about to enter a new phase, as multiple cases make their way to the United States Supreme Court. SCOTUS begins a new session next Monday, and today, in private conference, the Court will decide which new cases to review. The Proposition 8 case and several cases involving the Defense of Marriage Act (DOMA) are among those the Court may decide to take up, and their choices today—which could be announced as early as tomorrow but certainly by the start of the session on October 1—will have wide-reaching effects.

Take the Proposition 8 appeal. So far, California’s ban on same-sex marriage has not fared well in court and has been ruled unconstitutional, first by Judge Vaughn Walker, and then by the Ninth Circuit Court of Appeals, which  upheld his ruling. Proponents of marriage equality successfully argued that rights shouldn’t be put up to a vote, and that the marriage ban treats lesbians and gays as second-class citizens. Supporters of Prop 8 want the Supreme Court to re-affirm it, and in doing so keep marriage bans around the country intact. If the Court does decide to take the case, the decision could be quite narrow—only concerning California and, perhaps, only concerning situations in which marriage rights were granted prior to a public vote, or it could be a sweeping decision in one direction or the other. 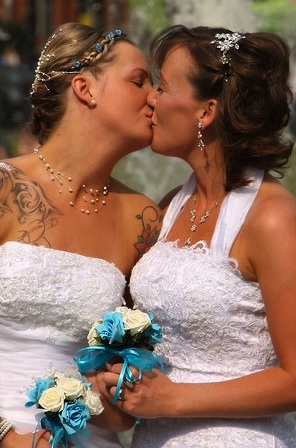 What if the Court decides NOT to hear the Prop 8 case? That would be a disappointment to those on both sides who want to see the case set precedent, but the immediate effect would be hugely positive for same-sex couples eager to marry. Proposition 8 would be removed from the books, and marriage equality would then be legal in the most populous state in the union. Here come the bride-brides and the groom-grooms!

Given that there are other marriage equality cases the Court might take up, it seems likely that the justices will pass on Prop 8. Instead, they’re likely to take those cases concerning DOMA  (an overview may be found here) because DOMA involved an act of Congress and the federal government. The Obama administration has also declared DOMA to be unconstitutional, and in those cases the defense of DOMA will be argued by the House of Representative’s Bipartisan Legal Advisory Group (BLAG).

At stake in the DOMA cases is the contradictory status of married lesbian and gay couples in states where same-sex marriage is legal. DOMA forces those states to divide citizens into two classes: married couples who can receive federal benefits and married couples who can’t, in effect discriminating against lesbian and gay employees. DOMA requires that employers determine the gender of employees’ spouses and enforces financial inequalities (for instance, benefits provided by employers to the same-sex spouses of employees are taxed as income, while those to opposite-sex employees are not).

Keep an eye on the Court to see where marriage equality will go next. This is one cliffhanger with the promise of many happy endings!