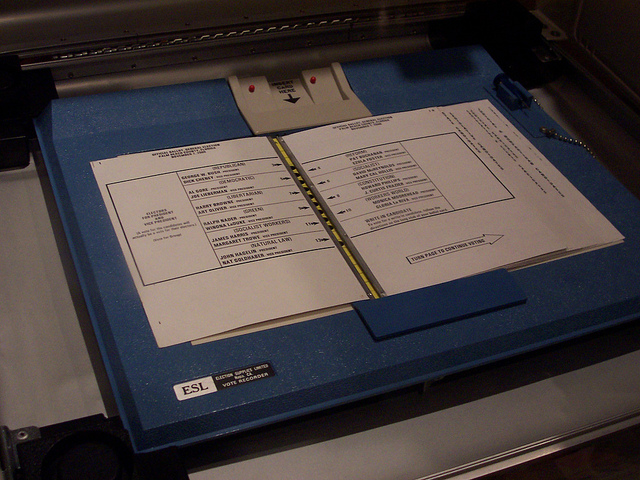 I know what you’re (wishfully) thinking: By 2012, American women should already have easy access to, and public funding for, abortions—with the most minimal-to-nonexistent restrictions.

Unfortunately, the opposite is true: In state legislatures across the nation, more and more women are being stripped of access to safe and legal abortions.

2011 and 2012 saw a rise in unnecessary laws, including mandated counseling, 24- to 72-hour waiting periods, increased funding to crisis pregnancy centers, and the Most Hated Anti-Choice Law winner: forced ultrasounds (knocked down a notch from forced transvaginal ultrasounds).

Don’t forget—you can’t even say the word “vagina” in mixed company in Michigan!

At the state level, these restrictions continue to be introduced at an alarming rate. And since it wouldn’t be a presidential election without attacks on abortion rights, several states are including constitutional amendments and referendums on their ballots in November—which is why pro-choice women need to be informed about the attacks on reproductive rights. If you live in one of these states, the power is now in your vote. 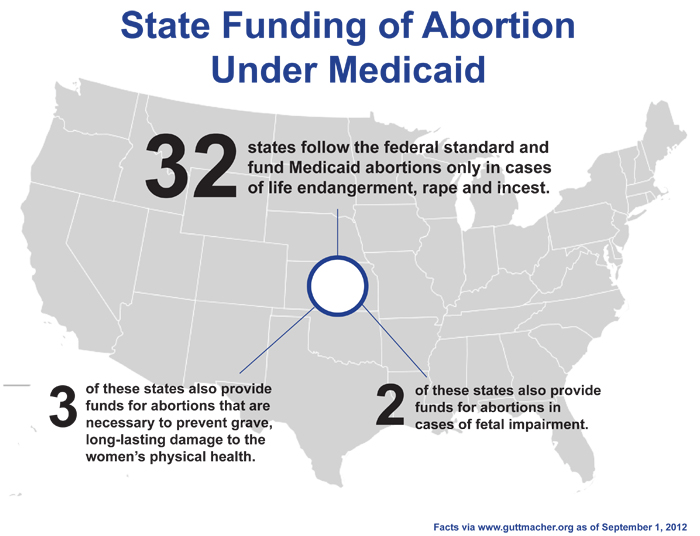 Because of the Hyde Amendment, federal Medicaid funding cannot be used toward abortion procedures except in cases of rape, incest and the life of the woman. However, a number of states in the U.S. allow public funds to be used to cover abortions in certain cases (see graphic at right). Florida’s Amendment 6 will reverse its standing on the matter, amending its state constitution to prohibit the use of public funds for abortions and disallowing health insurance policies that cover abortions. Amendment 6 will also erase the state’s right-to-privacy provision, which says that individuals (including minors) are protected from governmental intrusion in their personal lives.

Florida’s right-to-privacy provision is one of the strongest in the nation; the Florida Supreme Court has even ruled that if Roe v. Wade were ever overturned, Florida would remain a pro-choice state. Amendment 6 not only makes it harder for women to pay for an abortion, but will certainly open the door to more intrusive abortion legislation.

Referendum 120 would mandate a doctor to notify a parent or legal guardian at least 48 hours prior to performing an abortion on a young woman under 16. If she wants to have an abortion without her parents knowing—perhaps because she is a victim of incest or has abusive parents—the only way out of this requirement is a waiver from a judge. Referendum 120 would also criminalize parents who coerce a girl to have an abortion, but not criminalize those who force a girl to carry a pregnancy to term against her will.

In the birthplace for Personhood USA, there’s still a last remaining chance for a personhood measure to be on a 2012 ballot. The Personhood Amendment would change the state’s constitution to define a “person” at “any stage of development,” meaning a fertilized egg would be granted full rights of an American citizen. The results could range from confounding (can you claim your fetus as a dependent on your taxes?) to frightening (criminalizing miscarriages and outlawing abortions, the morning-after pill and other forms of contraception).

Though grassroots personhood movements can be found now in nearly every state, every personhood ballot initiative has failed when open to statewide vote. In Colorado, this would have been the third time voters could decide whether or not fertilized eggs should be equal to actual people. Personhood advocates did not receive enough signatures on their petition by the ballot deadline, but Personhood Colorado is trying to sue the state, claiming it had enough non-fraudalent signatures.

If it qualifies, vote: NO

Photo at top from Flickr user InSapphoWeTrust under Creative Commons 3.0.