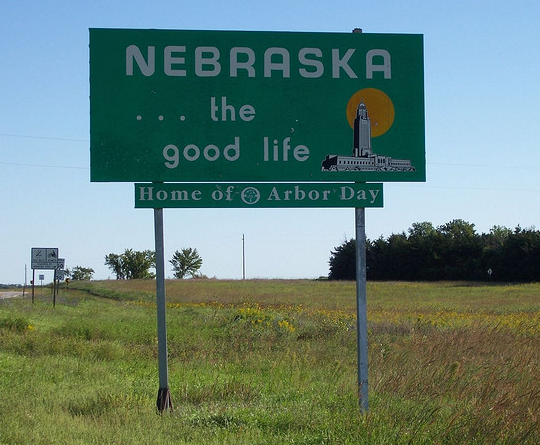 The tumultuous 2012 election was historic for women in more ways than one. Women voters made up 54 percent of the electorate and favored the president by an 11 percent gap, ushering him to reelection. America elected a record number of women to the Senate, with Tammy Baldwin becoming the first out lesbian senator and Claire McCaskill showing she had ways of “shutting that whole thing down” when she defeated Todd Akin for a Missouri Senate seat.

In the Midwest, even Nebraska experienced a groundbreaking moment of its own.

For the first time, a woman won the Senate race. Deb Fischer (R) defeated former Senator Bob Kerrey (D) in a surprising landslide. A conservative from Valentine, Fischer ran on a platform of lowering federal spending without raising taxes. She won 58 percent to 42 percent.

But let’s hold the applause, shall we? This is a significant victory, but not for feminists.

Though the election of Fischer is a step for women’s representation in Nebraska, it was more a step for Republicans, as the election of a conservative senator gridlocks the state into full Republican control. The GOP now have control of all five of the state’s federal seats. That may not be good news for Nebraska women’s health care.

For sure, Fischer’s victory is an empty one for pro-choice residents in Nebraska. Fischer ran with endorsements from a number of anti-abortion groups, including Nebraska Right to Life, Americans United for Life and the Susan B. Anthony List. Her views on abortion have consistently shifted to toe the Republican line, and she is now opposed to abortion in any case except with regards to the life of the mother. Senator Bob Kerrey, among others, noted this viewpoint as “extreme.”

In April of 2012, she voted against LB 599, a bill to provide prenatal care for undocumented immigrants and their children. In that same month, Fischer voted in favor of two bills that would limit access to abortion: LB 1103, which prohibits abortions after 20 weeks of pregnancy, and LB 594, an a bill that requires an ultrasound before abortions. During the September 2012 Nebraska Senate debates, Fischer stood fast on her (current) abortion views, as well as supported the repeal of Obamacare.

While we can applaud more representation for women, we should remember to take a close look at women’s platforms, not just their gender. It is disappointing in such a progressive election, especially for women, that Nebraska elected a senator with such regressive values.

Jessica Clem is a freelance writer based in Omaha, Nebraska. She holds a B.A. in English, and an M.S. in urban studies, and enjoys traveling, marathon running and the smell of a real book. When she is not eating, enjoying craft beer or running, she works as a producer and account executive for Omaha Video Solutions.She received a Bachelor's of Arts in English and Journalism from Nebraska Wesleyan University, as well as a Master's of Science in Urban Studies from the University of Nebraska at Omaha. Her interests include marathon running, international travel and reading. A long enthusiast of the magazine, she is thrilled to write for Ms. online.