One in three women will be raped or beaten in her lifetime. Half of the seven billion global population are women—which means that one billion women alive now will be, or have been, raped or beaten. These are the statistics behind the creation of One Billion Rising.

February 14 is the 15th anniversary of V-Day, a movement to end violence against girls and women created by Vagina Monologues playwright Eve Ensler. This year, Ensler hopes to expand the efforts of V-Day by moving one billion men and women to action with One Billion Rising, a global strike and act of solidarity. Inspired by her time in the Democratic Republic of Congo, Ensler wanted to create an event to allow women to “take up space” through moving, dancing and celebrating. Flash mobs, testimonials, singing, dancing and other events around the globe are mobilizing people to bring violence against women into the spotlight.

Nothing we’ve ever done has caught fire quite the way this idea has caught fire, and … it has spread to 202 countries.  I really do believe we will see at least a billion people rising and dancing to end violence against women and girls on February 14.

One Billion Rising is also about more than just one day of action. Ensler plans on asking everyone who participates in the event to make a pledge to work individually with organizations to continue to end violence against women. While a multitude of celebrities (including Anne Hathaway, Rosario Dawson, Robert Redford and the Dalai Lama) have endorsed the movement, Ensler maintains that what she’s most excited about is the grassroots aspect of the campaign.

I think sometimes what people don’t see is all the incredibly good stuff that’s happening, the change that’s happening, the people who are rising up in their communities. … I feel like we need to report more on that and we need to make how we treat women and see women and present women in the center of the discourse all the time, not just on February 14. …  We’re 51 percent of the population.

If you’re reading this, it’s likely that you or someone you know has been affected by rape or physical abuse. To start or join a rising, visit OneBilionRising.org, which will livestream the campaign’s events on February 14. All participants are encouraged to share their stories and events on social media under the hashtag #1BillionRising and #reasontorise. 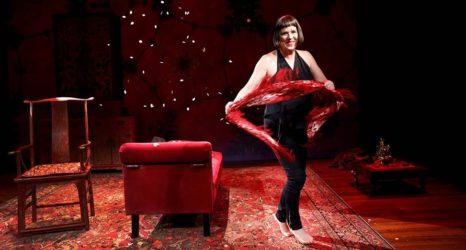 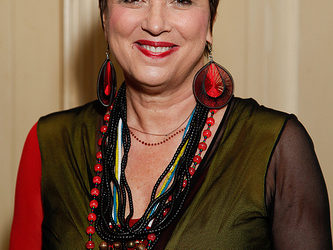 Fighting Violence with Joy: An Interview with Eve Ensler