When It Comes to Gender Equality, Women in Politics Do the Work - Ms. Magazine
Skip to content

America witnessed a history-making breakthrough last week, when Hillary Clinton became the first woman to win the presidential nomination of a major party.

From the stage in Philadelphia, Democrats rightfully acknowledged the symbolic significance of this moment. After 227 years and 44 male presidents, girls would grow up seeing that a woman could be president. But is that the only way electing a woman president would matter? Do women govern differently, not just in style, but in substance?

The global research is unequivocal: Women in political office make it a priority to advance rights, equality and opportunity for women and girls, in a way and to a degree that men in power overwhelmingly do not. In hundreds of studies examining large data sets of roll call votes, bill sponsorship, laws enacted and other measures the answer is clear. “Across time, office and political parties,” political scientist Beth Reingold writes in a comprehensive review, “women, more often than men, take the lead on women’s issues, no matter how such issues are defined.”

Consider just a handful of these studies. Georgetown University’s Michele Swers has found, among other things, that both Democratic and moderate Republican women in Congress have been more likely than men in either party to advance legislation on child care and domestic violence. Another study analyzed every instance in which a U.S. House seat switched between a woman and man between 1973 and 2002. Controlling for multiple factors, the model generated by that analysis predicts that Democratic and Republican women will offer three times more feminist bills than their male counterparts will. Or take reproductive rights. Although the difference in men’s and women’s opinions about the right to legal abortion has historically been slight, female lawmakers have been more likely than male lawmakers to advance measures protecting access to reproductive healthcare.

It’s much the same in other nations. From Canada to Mexico, New Zealand to Scandinavia, women have been more likely than their male counterparts to write bills on equal pay and paid family leave. An analysis of 31 countries (including the United States) found a statistically significant relationship: the higher the proportion of women lawmakers, the greater the number of laws enacted to advance gender equality. Jennifer Piscopo, an Occidental College researcher, examined 18,700 bills introduced in Argentina’s lower house over a 10-year period and found that nearly three-quarters of women’s rights bills were written by women.

In short, on policies directly affecting the well-being and rights of women and girls, women in government have led. Men, by and large, have not.

To be sure, not all women in office govern with a gender lens and women aren’t monolithic in their beliefs. Still, for women leaders, especially those who enter office with a record of feminist accomplishment, making progress for the female half of the population is a priority—not a back-burner, nice-if-you-can-get-it item far down a long to do list.

Not to mention that there’s the danger that if women aren’t at the table, they might be on the menu. In late 2009, as I recount in my book Breakthrough: The Making of America’s First Woman President, the all-male Senate Democratic leadership team met privately to decide what would be included in the final Affordable Care Act. They eliminated a women’s healthcare amendment that had passed overwhelmingly in committee. The amendment’s sponsor, Sen. Barbara A. Mikulski (D-Md.), had to demand its reinstatement just as the caucus was about to vote on the final bill.

“You have to include the women,” she told then-majority leader Sen. Harry Reid (D-Nev.). Had she not stood her ground, with the support of other women senators, the interests of 51% of the population would have been sacrificed in the most consequential piece of legislation in a generation.

The U. S. has made tremendous advances on equal rights for women over the last 40 years. And yet we have a ways to go. Women are paid less than men in almost every job and at every level. Ours is the only advanced economy that doesn’t guarantee paid leave for new mothers. On broad measures of gender equality, the United States ranks an unimpressive 28th in the world.

One reason why these disparities persist is that women hold only a tiny fraction of the seats at America’s most influential tables of power—in Congress, in corporate boardrooms, in Hollywood and Silicon Valley. To achieve equal opportunity and full participation for women and girls in all areas of American life demands leadership, dedication and political will—and especially the will to expend political capital—at the top.

A version of this essay appeared originally in the Los Angeles Times. 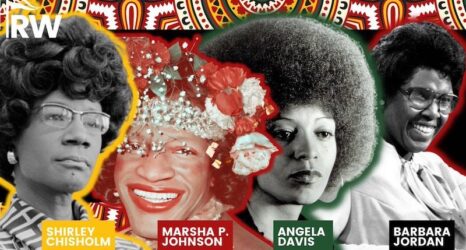