A’shanti Gholar is the Political Director of Emerge America, the only nonprofit organization in the U.S. dedicated to training and empowering Democratic women to run for office. As more women than ever prepare to dive into electoral politics—many of them with the help of Emerge—her experience as a grassroots organizer and activist couldn’t be more relevant.

Ms. spoke with Gholar about her work, being a woman during the Trump administration and the importance of running for political office.

What aspect of going through the Emerge America program do women find most empowering?

What they have found most empowering is that they realize that there are other women like them who want to do this. To be able to sit with like-minded women, to ask questions in a safe space that you might be scared to ask in a room with other men and to be vulnerable about the things that scare you about running for office. And most of all to be able to talk about things that we don’t often get to talk about in public and to learn in a space with other women who aren’t going to judge you, and are instead going to uplift and help you is the most empowering aspect of Emerge.

What have you found makes women most hesitant to run for office?

The biggest thing is that they don’t know where to start. As women, we like to be fully prepared for the things we do, right? We want to make sure that we are going to excel, and be 100 percent—it’s just who we are, it’s part of what makes us great. And we place this huge burden on ourselves when we run for office, almost to the point where we can talk ourselves out of it. That’s why Emerge is so important, because it’s a place where women can learn, acquire skills, and not be so scared. We can make you a more competent candidate with the skills that you have, and we can make it a lot less lonely because you now have a network of over 2,000 women who are rooting for you, want you to succeed, and are going to be there to help you.

From your perspective at Emerge, what has it been like to see the surge in passion and energy from women to run for office after Trump was elected?

It was all of the women reaching out to us after the election that helped me get over Trump winning. Before the election we did have a steady interest from women wanting to have an Emerge affiliate in their state, but the day after the election we didn’t get a break at Emerge America. Women wanted to reach out to us about running for office. We had actually closed the application for women to be a part of our classes in 2017, and we had to open them back up because we had so much interest. Overall we had an 87% increase in women applying for our program. We normally take up to 25 women in each of our classes, some states expanded to have 50 women in a class, several states are running multiple classes with 25 women, and all of our states had to offer additional training opportunities for candidates and women considering running for office. It wasn’t only the increase in interest, but we had to modify and expand what we did as an organization to train women to meet this demand. Just within the past six months, four new affiliates have opened, and we anticipate that four more will open before the end of the year. The interest isn’t waning, its growing, and it’s a testament to the fact that women are paying attention. They know that if we stop what’s happening and change the conversation in this country, that it has to be women who step up and run for office, particularly at the local level, to make sure that we’re not normalizing what’s happening in politics and in our culture.

That’s really encouraging, because like you said earlier, I think it’s really easy for women to feel like they’re alone and scared about what’s happening, so this is inspiring to hear. For the women now running for office, what issues have you found have enraged them the most and have unified them?

The biggest motivation I think is the sexism and misogyny, but biggest issue is healthcare and reproductive rights. That’s really driving a lot of women to run for office. Also gun violence in America. That’s definitely been part of the conversation over the past few weeks, from the verdicts we have seen in the Philando Castile case, and Megyn Kelly’s interview with Alex Jones. That really fired up a lot of women. Also the environment and that we’re now in this age where they’re trying to say that global warming is a hoax, and no one is believing that it’s a hoax, except the people in the Trump White House. Look at this weather, we know that it’s not a hoax. I think those three main issues are driving a lot of women to run, but it’s also about the everyday issues: equal pay, the homeless in our communities, and our veterans. We always tend to say that women lead on women’s issues when they’re elected to office, but at the end of the day, we know that those are community and family issues. And they are running for office to make good changes in the lives of everybody.

What states where women are running during the Trump era have been most surprising to you?

The Midwestern states have been a surprise. We had a little interest from states in the Midwest, but after the election, we’ve had a lot more. These states range from Idaho, to Indiana, to Utah, to Missouri, and there are all of these women who now want to run for office, reach out to Emerge and talk about our training program. It goes to show that within all of these so-called “Red States,” there are Democratic women and bases that exist. If you reach out to them and give them training, those women will run for office and I’m excited for us to start turning those states from red to purple to blue.

That’s so important, especially with the Midterms coming up. I think people often feel that we don’t need to work at rebuilding the movement since the presidential election doesn’t happen again for four years, but we actually need to start now.

Absolutely. In 2017 we’ve already had 76 women run and 59 of them have won their races. We know that it starts now, and you cannot ignore the local level ballot races. They are just as important as the presidency, because the results of these elections will effect the decisions you’re able to make in your everyday lives. In Virginia, 17 of our women are going to be on the general election ballot in November for the state legislative races. We have women running for seats where during the last cycle, no Democrat even dared to run. Now we have multiple Emerge alums running, and that makes me smile too, to see so many of our Emerge women running for the same seat. And to see Emerge women and one man, instead of all men, or one woman, I think that’s so exciting, that we’re bringing multiple women on the ballot to choose between.

Is there something you want to mention about Emerge America that is often neglected or you think should to be emphasized?

These are everyday women who are running to make a difference in their community. We have the nontraditional candidates. It’s easy to go for the woman who already has name recognition or who has a family connection to politics who can self-fund her campaign, but for us we want the woman who is leading the PTA meeting, who constantly attend the city council meetings and knows the issues like the back of her hand. The woman who is constantly volunteering for other candidates, who believes they can make changes in the community—we want her on the ballot. We want her to believe in herself and that she can make those changes.

They are the women of Emerge, and that’s what we’re about. 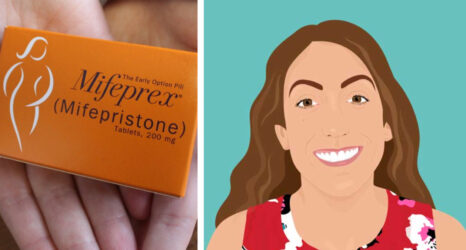