This year marks the 40th anniversary of two intersecting milestones in the feminist movement: the founding of the National Women’s Studies Association (NWSA) and the “Black Feminist Statement” issued by the Combahee River Collective, whose members included black feminist legends Barbara Smith, Beverly Smith and Demita Frazier, among others. Both moments will frame this year’s theme at the NWSA’s annual conference.

“I was inspired by the example of the Combahee River Collective statement,” Barbara Ransby, noted black feminist scholar-activist and the current president of NWSA, told Ms. “I was 20 years old at the time and wrestling with whether to call myself a feminist.” Not long after this introduction to the Combahee statement, Ransby’s consciousness transformed. “I… began to read feminist texts voraciously. Angela Davis, bell hooks and Barbara Smith were my introduction to feminist ideas,” she says.

It is not surprising that her transformation of consciousness took place during the burgeoning of the women’s liberation movement and when women’s studies in the academy began to emerge, thus prompting a need for a national organization for this new field of study—one that has had tremendous impact over the years on the academy itself and on other disciplines.

NWSA, with its roots in the feminist movement, proudly boasts more than 2,000 members worldwide and is the premier academic organization for feminist scholars and scholar-activists. As a leader in the field of women’s studies with a diverse membership, NWSA has also become an important site for women-of-color scholarship, leadership and activism. “Women of color have played an important role in NWSA’s history,” notes Allison Kimmich, NWSA executive director. “The Women of Color Caucus has been a vital part of NWSA since its founding… developing programs, awards and conference panels to highlight, support and celebrate women of color in NWSA and the field.”

Fortunately, the Combahee River Collective was there from the start, articulating how multiple forms of oppression impact the lives of the most marginalized women in contexts of race, class, gender and sexuality. It’s a concept that NWSA has embraced from its founding, as reflected in its constitution, but struggled to practice over the years, with the result that the organization has not always been effective in putting women of color at the center of power. This has not, however, stopped women of color from speaking truth to power about difference and intersectional analysis.

There was the pivotal 1981 keynote address, “Uses of Anger: Women Respond to Racism,” by Audre Lorde at the conference in Storrs, Connecticut: “I speak out of direct and particular anger at an academic conference, and a white woman says, ‘Tell me how you feel but don’t say it too harshly or I cannot hear you.’ But is it my manner that keeps her from hearing, or the threat of a message that her life may change?”

The breaking point came when the Women of Color Caucus staged a walkout at the 1990 conference in Akron, Ohio, as racial tensions came to a head over the firing of a woman of color staffer at the national offices. “I felt marginal as a black feminist scholar,” Ransby remembers. “There were so few of us. I did not know how to really insert myself into the organization or the debates that were going on.”

Bonnie Thornton Dill, who served as NWSA president from 2010 to 2012, remembers disengaging from the organization after that fateful conference in Akron. “When I came to the University of Maryland in 1991 to chair women’s studies, people in the department were still feeling very raw,” she notes.

Yi-Chun Tricia Lin, director of the women’s studies program at Southern Connecticut State University and NWSA president from 2012 to 2014, remembers being unimpressed after her experience at the 2005 conference in Orlando, Florida. “We [the Women of Color Leadership Project and the Women of Color Caucus] discussed racist incidents and considered walking out in 2005. But we [had] invested all this time and money; we refused to let our time go to waste. What would walking out do for us?”

Not long after, the Ford Foundation, and Irma McClaurin as program officer at that time, funded a major initiative that would transform NWSA. Kimmich recalls, “In the aftermath of the Akron walkout, the organization’s membership shrank and the national office ran with two administrative staffers… The Ford Foundation grants—we received two—took the emphasis off of mere survival and allowed us to do some self-examination and take stock of where we had been and to plan for where we wanted to go.”

Out of this effort, a group of feminist scholars convinced Beverly Guy-Sheftall to serve as NWSA president from 2008 to 2010. Once Guy-Sheftall assumed leadership, other scholar-activists came back into the fold.

Vivian M. May, NWSA president from 2014 to 2016 who served as conference co-chair during Guy-Sheftall’s presidency, testifies to NWSA’s transformation. “The organization is more diverse in terms of race, age, genders and sexualities and transnational participation,” she says. “This transformation feeds the organization’s dynamism, growth and engagement.”

Thornton Dill, who became Guy-Sheftall’s successor, decided to give NWSA another chance because of these changes. “Beverly was pivotal in turning the page on NWSA,” she says. “[Her] organization made great strides, [and she was] key in making arguments for intersectionality, transnationalism and curriculum transformation.” Thornton Dill saw her role as consolidating these gains; she also decided to follow Guy-Sheftall’s advice to “commit ourselves to the big fights but not fight ourselves.”

On this issue, Guy-Sheftall proudly boasts of her accomplishments: “We worked hard to make NWSA a more inclusive organization that was more welcoming of women-of-color leadership.”

This, in turn, helped to shape a new vision for NWSA.

“We wanted to be the go-to organization for women’s studies scholars, graduate students in the field and even undergraduate students,” Guy-Sheftall explains. “We wanted NWSA to be respected by senior scholars in the field because of cutting-edge scholarship that would be presented at annual conferences. We also wanted to maintain our activist and advocacy mission with respect to race and gender and sexuality.”

Much has changed in the 40 years of NWSA’s existence, and it is only fitting that its annual meeting this year is now poised to celebrate Combahee’s legacy of feminist activism.

“The 2017 conference is a decidedly activist conference,” Ransby notes. “We are building bridges between feminist thinkers and intellectuals and organizers outside of academic circles… By remembering the origins of black feminism at the very same moment that we remember the birth of NWSA, we remind ourselves of our activist roots and of our intimate connections to black, queer, indigenous and transnational feminism.”

This year’s lineup of speakers includes a younger generation of feminists of color, and features a keynote address by Angela Davis and Alicia Garza, one of the founders of Black Lives Matter.

Garza, who has served as a community organizer in Oakland, California, around housing issues, environmental justice and domestic workers, believes all of our current social movements are indebted to intersectional feminist analysis. “One of the major contributions of the Combahee River Collective… is the way they talked about the importance of not just looking at gender in a vacuum,” she says. “When we talk about what’s happening in low-income communities, often we find that it’s women—black women, women of color and immigrant women—who are concentrated in poverty, who [are] disproportionately impacted by environmental racism or housing issues.”

Because of this impact, many of NWSA’s leaders hope to forge deeper alliances beyond the academy. “We need more strategic collaborations with other social justice organizations and mobilizations,” Guy-Sheftall offers, “even if their commitments to feminism are not as visible. We need to expand our work to K-12, though this will be difficult, and we need to make better use of popular culture with respect to our anti-racist feminist messaging.”

To that end, Ileana Jimenez, a feminist teacher in K-12 education, hopes NWSA will do more outreach to public school teachers. “Feminist teachers and academics have so much to offer each other in terms of expertise and practices that are powerful tools to break down systems of oppression,” Jimenez argues. “We can no longer afford to work separately.” Garza agrees, insisting that the focus for feminists moving forward is coalition building for power and engagement with each other. “We really need to focus on organizing,” she suggests. “Not everybody’s role is to be an organizer, but everyone should strive to be as organized as possible. By that I mean coordination, shared vision and shared framework. We need to be clear about where we want to go and to know who’s going to ride with us.”

Fortunately, from the lessons of the Combahee River Collective and the struggles of NWSA, we are learning to ride more comfortably with each other in the recognition of our differences and the strength of our collective power.

About Janell Hobson and Karon Jolna

Janell Hobson is professor of women's, gender and sexuality studies at the University at Albany. She is the author of When God Lost Her Tongue: Historical Consciousness and the Black Feminist Imagination. She is also the editor of Tubman 200: The Harriet Tubman Bicentennial Project.
Karon Jolna, Ph.D., is a scholar-activist with 20 years experience in nonprofit feminist media and higher education. Currently she serves as program director and editor at Ms. magazine, leading its efforts to bring women’s, gender and sexuality studies analyses and voices to a broader national audience. Previously she served as a lecturer at UCLA’s Gender Studies and research scholar at UCLA’s Center for the Study of Women. Jolna was among the first cohort to earn a Ph.D. in women’s studies at Emory University. Canadian-born, Jolna currently lives in Los Angeles. 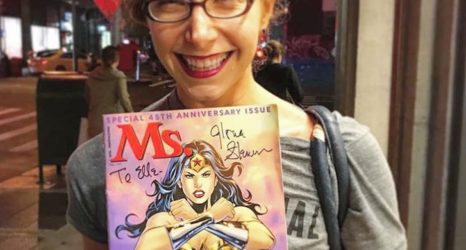 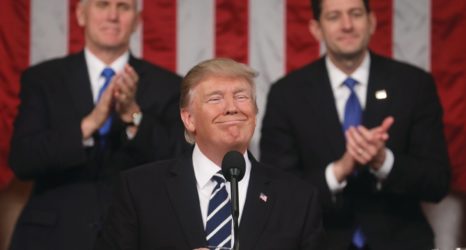