This Week in Women: Media Representation, #MeToo and a Letter to Rex Tillerson - Ms. Magazine
Skip to content

After last week’s decision by the State Department to trim key language on reproductive rights and discrimination in their annual report, over 150 organizations signed a letter this week to Secretary of State Rex Tillerson raising their concerns. “Threats to women’s human rights cannot be stricken from the report without sending a broader message to abusive governments that the United States will not hold them to account for such violations,” reads the letter. “When women’s rights are limited, so are broader pathways to empowerment—economic, social, political or otherwise.”

As news focused on turmoil in the White House this week, advances for the safety of women and girls were moving forward in the U.S. House of Representatives, which successfully passed a bill—applauded by Facebook’s Sheryl Sandberg—that paves the way for legal action against online sex trafficking, particularly of children. It now heads to the Senate.

In Morocco, the House of Representatives approved a new law earlier this month on violence against women that criminalizes some forms of domestic violence, puts in place prevention measures including awareness campaigns, and establishes specialized units to assist women in security forces, government and courts. But the law has serious flaws, warn rights groups. Marital rape is not defined or criminalized, survivors of violence must file for criminal prosecution in order to seek protection orders (impossible for many women), and there is no monitoring mechanism laid out to oversee government efforts to prevent violence against women and protect survivors.

In the U.S., Ivanka Trump, first daughter and senior advisor to the president, stirred more controversy when she told an NBC News correspondent that she was “proud” of women with credible stories standing up for themselves, but that it was “inappropriate” to ask her if she believes the women accusing President Donald Trump of sexual assault and harassment. Nineteen women have come forward. “I don’t think that’s a question you would ask many other daughters,” she said. “I believe my father.” Ms. Trump’s response begs the question: What makes her father’s accusers any different than the others she praises?

This week, Meghan Markle acknowledged the #MeToo and #TimesUp movements, saying there’s “no better time to really continue to shine a light on women feeling empowered.” At the Fuller Project, we could not agree more. I’m headed to San Francisco next week en route to Austin the following week for this year’s South by Southwest. I’ll be leading a panel on March 10 called “Where Are The Women? How to Diversify Journalism.”

If you’re attending the conference, come join me and Daniella Zalcman of Women Photograph, Tara Todras-Whitehill of Vignette Interactive and Jasmine Garsd Garcia of Public Radio International’s Across Women’s Lives. We’ll be discussing barriers women journalists still face, and barriers to producing meaningful and important work on issues impacting women. But, most importantly, we’ll be discussing solutions. For those of you who won’t be at SXSW, we want to hear from you! We welcome your insight. Shoot me an email at sophia@fullerproject.org or tweet to me @Sophia_MJones with the hashtag #MindTheGenderGap.

Editors and managers: What are real-life solutions you’ve come across to diversify your newsroom and hire/publish/promote more women? How do you ensure that your reporting is inclusive and representative of readers? Women Photograph has done some amazing research (see below) on the number of women photographers making up A1 lead photo bylines in leading newspapers. Ed Yong at the Atlantic and the NYT’s Amanda Taub and Max Fisher recently explored the issue of gender imbalance in reporting.

News consumers: Journalism has come along way, but reporting is still largely about men and quotes mainly men. What are stories about women or issues impacting women that aren’t being told or told well? How do news consumers shape media landscape to be more inclusive and representative?

Wouldn’t it be great to read more stories about women and issues impacting women, and see more women’s names in bylines, mastheads and front page photo credits in newspapers and news sites?

I believe we can make that happen.

Sophia Jones is a senior editor and journalist at The Fuller Project for International Reporting. Find her on Twitter @Sophia_MJones. 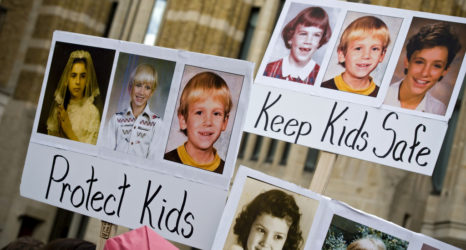 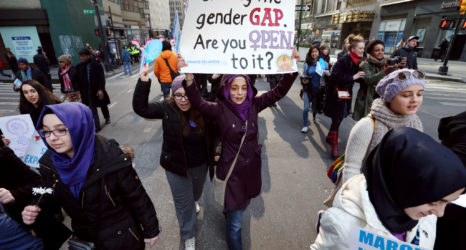