The Voices of Collateral Damage - Ms. Magazine
Skip to content

Most of us learn that D-Day marked the beginning of the end of Adolf Hitler—the moment the tides turned in World War II, and the Allies invaded Normandy and pushed the Germans out of France. But it didn’t happen in a day. This much we remember, as the war didn’t end until a year or so later, with the dropping of the atomic bombs on Japan by the U.S. Ending World War II took days, took bombs—and took many lives, including those of noncombatant populations. 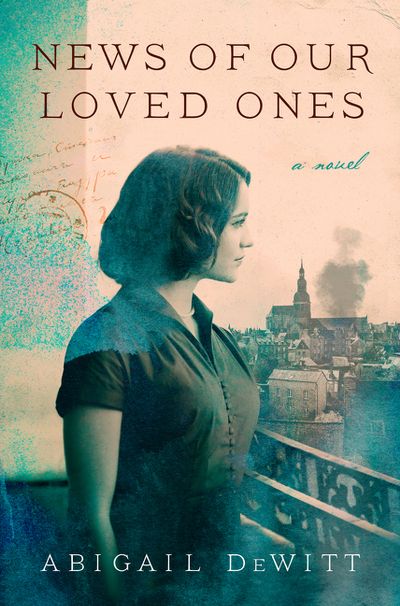 News of Our Loved Ones opens with “Liberation,” the first of 11 interrelated stories that begins with the bombs dropping on innocent populations in a small town in Normandy. That first piece in Abigail DeWitt’s collection describes, through the eyes of an adolescent girl, the resourcefulness and the suffering of a family living in Caen, France during German occupation.

What makes News compelling is the compression of the story, the variety of points of view and the sheer elegance of DeWitt’s prose as she transforms her own family’s history—and world history along with it—into a powerful act of fiction. The stories inside the collection come from her own life, and from the life of her mother, and the passion within them pull in readers.

So deeply imagined are the characters and the settings that the reader of News of Our Loved Ones, who imagines that DeWitt begged her mother for the stories, begged her to tell and retell the stories, is completely overwhelmed by the beauty and the terror—and so it is that DeWitt accomplishes that most necessary combination for what Aristotle many years ago told us was necessary for tragedy. We, the readers, are invited into the tragedy—and because of DeWitt’s skill and passion, we are taken care of. We can enter as though it is happening to us. We can experience catharsis. We can process the story without feeling like voyeurs.

The novel takes this powerful mother figure, this impossible series of losses, this irreconcilable history of a family and turns it into literary gold—which brings to mind another powerful and poignant writer of occupied France, Irene Nemirovsky’s Suite Francaise. As with Nemirovsky’s unfinished novel, readers are treated to the voices of the feminine. Like Nemirovsky, DeWitt herself considers herself a composite with respect to nationality; in Nemirovsky’s case, there is the Russian Jew who moves to France and converts to Catholicism, but in occupied France, Nemirovsky, who has been accused of anti-Semitism, is forced to wear a yellow star and is still identified as a Jew and sent to the camps, where she dies of typhus. DeWitt is part French, part American; her mother was raised as an atheist but converted to Catholicism. DeWitt doesn’t write of her religious affiliations, but the quality of other-ness, of the outsider, with respect to religion and nation are very much part of her fiction. This is sensitive terrain to navigate, and DeWitt offers no easy outs.

It would seem to be a difficult sell to tell a novel’s worth of story in a series of interrelated stories, with multiple points of view spanning three generations in a decidedly non-chronological sequence—but part of the strategy in News is the interplay among them. Each story reads as a finished piece, but each beginning to the next offers a chance to elliptically pick up where the strands of earlier works left off. The various voices are similarly rich, and the diegetic style of the storytelling offers an embodied story which, along with delays and gaps, allow the reader to see not only the missing piece of the story but to privilege the character’s response to the event, rather than the plot itself.

The onus is on each story as a piece of the puzzle to define itself as a whole, providing clues to what is missing in the other puzzle pieces. It is a fascinating structure that feels almost imbalanced as one reads, but then just as quickly seduces the reader to keep reading.

“Sirens. Was that what she’d heard? Yvonne dreamed about air raids when there weren’t any, slept soundly through the actual warning.” Not even a page later in the opening piece, Yvonne observes: “There was only so much fear a body could hold.” We read of her infatuation with a boy on a bicycle who happens to pass her house while she’s looking out the window—the human predilection for normalcy. Yvonne possesses the foreknowledge that she will die, reckons with fear and hunger, has a sense of a body that was all bones—yet “wherever her skin grew taught, she imagined his hand.” Next, we hear of Maman, who has preserved her family: feeding them from the garden, clothing them with the fur of rabbits she has learned to quickly skin, keeping her family alive with turnips and tenderness.

The next story is Genevieve’s—the oldest girl of the family; the one who was sent to Paris for music study, where her much older brother and his wife and Tante Chouchotte, her aunt and Maman’s sister, lived; where the occupying Germans are spoken of as les boches, a slang term partly derived from the French word for cabbage. Genevieve is older than Yvonne; her story predates that of her sister, and it also stretches beyond the “liberation” to tell the story that bears the title—as Genevieve, her aunt and her brother await the “news.”

Early on in Genevieve’s life, her mother, and later her aunt, curtail her tears or screams of shock with a slap on the face. “Fear is a form of selfishness,” Maman explains. “After the war, nothing was worth crying about,”DeWitt wrote in an essay on Medium. “The pointlessness — the self-indulgence — of tears was a central lesson of my childhood.”

In later stories, occurring in the second portion of the novel, titled “after the war,” Genevieve will tell how she met and married an American, how she took her children to France every summer; we will hear, both from her and from Polly—Genevieve’s youngest child—how she would tell and retell the stories of Yvonne and Maman to her own children; in Polly’s stories, that come later, we will feel the emergence of a storyteller very much like the lost Yvonne.

By this time Maman narrates a story, we yearn to hear from her. Hers is a story that offers a history; we have already surmised, if not discovered, that the youngest daughter, Francoise, and Maman’s second husband, Oncle Henri, are the only survivors of the strikes. Additional stories will fill in the questions that are raised, the why and the who—and through the eyes of girls and women, we read about this “news” and these “loved ones” that, together, offer both the family story and an entire nation’s story. Theirs is a history that binds, the communal stories in the duration and aftermath of war.

There is no story in News that is not ultimately told through the female lens, nor is there a single character here who escapes trauma. These are stories of survival, but the military stories, the war stories of battles and battle strategies and male bonding, are absent from this collection. There are beloved sons and husbands who die in battles, there are people who die in concentration camps, but these are not their stories.

What is privileged in this collection are those who survive the collateral damage and their progeny—as well as the timing of the information, the stray pieces, when they are dropped, how they are picked up, not only how the events are told and retold but when the secrets will come out.

“And here’s the deepest mystery: not that you painted when you could have run, not that the German let you go, but that you’ll come to love the world again,” Andre—a doctor and member of the resistance, whose survival depends upon a disguise—notes toward the end of the first part of the book, through the lens of Polly. “You’ll see pictures of the camps, learn how each member of your family was killed, a knowledge that shuts off your windpipe every time it comes to you, and it comes to you again and again without end—and yet, the shifting light, the bones of a woman’s wrist, the Buddha posture that is every toddler’s elegance, will once more seem beautiful to you.”

This book is also about storytelling itself—about what we feed our minds, how our minds process the information, how we can refuse to engage or to overly engage or some combination of the above and how readiness itself figures in to that equation.

While Polly’s misanthropic nature might not delight her French family members, she does pull in the sympathetic reader. She has a fascinating interior life, and she observes well. She’s watched her sisters and brother grow up. Polly, much more than Genevieve’s older children, is magnetized to her mother the way Genevieve is magnetized to the lost family. Polly is named after Maman—Pauline. Her two older sisters are also named after the dead. It’s as if the longing itself is passed down to Polly, as if she can never have her mother.

Polly says disparagingly about one of her sisters: “She didn’t know how to lie. She didn’t know how to play the heroine in her own imagination.” About her, DeWitt writes: “Polly had drunk the war in with her mother’s milk.” Like her mother, she tells stories, and she exults in telling outlandish but believable stories, lies, because you had to finesse the lie to les boches. Your life or the lives of your family could depend upon it. DeWitt writes that what Polly “had known from the beginning was the language of dislocation, its meanings bent and scattered, like light, into a kind of iridescence.”

These stories are gigantic gifts that are also double-edged, plastered in mother love  and transcendent. DeWitt has given her readers a world to live in, to participate in. She has mothered these stories, and she has released them. She has given them to us.

Books that show us how we go on are a bit of a safe harbor in times of struggle. Books that recount the stories that force us to imagine what might have actually occurred are not only instructive but balms. Along with what constitutes survival, this book invites the reader to consider the meaning of home, the loss that occurs in its disruption, its rupture, and to the citizen in exile.

The epigraph in the front of News comes from Tim O’Brien’s Going After Cacchiato: “To go home, one must become a refugee.” In News of Our Loved Ones, readers are given the information that lives inside of the author’s imagined telling. DeWitt provides us with a history that urges us to take note of the present in light of the past.

Geri Lipschultz has published in the New York Times, the Toast, Black Warrior Review, College English and others. Her work appears in Pearson’s Literature: Introduction to Reading and Writing and in Spuyten Duyvil’s The Wreckage of Reason II. She teaches writing at Hunter College and Borough of Manhattan Community College. Geri was awarded a Creative Artists in Public Service grant from New York State. Her one-woman show "Once Upon the Present Time" was produced in NYC by Woodie King, Jr.