Rayka Zehtabchi stands out in this year’s pool of Academy Award nominees for Best Documentary Short—not only because she’s the only woman among them, but because her film also tells a uniquely female story, one which emerged from a transnational feminist coalition fighting for menstrual equity.

Period. End of Sentence. tells the moving story of a quiet revolution taking place in a rural village outside of Delhi, India: In the face of stifling menstrual stigma that has persisted over generations, a woman-led sanitary pad business is shifting culture. Zehtabchi’s film chronicles the installation of a sanitary pad-making machine—and the subsequent empowerment women involved in producing and selling the menstrual products find as they become entrepreneurs and build feminist community.

Boys and girls alike face the camera in Period. and resist even saying the word. Women confess to viewers, with raw honesty, the lengths they went to in order to make do with dirty rags during menstruation before deciding to drop out of school. These stories echo the stark statistics around menstruation in nations like India, where between 25 and 57 percent of adolescent girls miss school or drop out altogether because of their periods and others even commit suicide to escape menstrual stigma. The negative impacts on girls lives—including financial dependence and an increased risk of forced child marriage and teen pregnancy—also extend to their national economies, which lose billions in GDP when girls step out of the classroom.

The woman in Zehtabchi’s Period. decide to confront these gender-based disparities head-on. They name their brand “FLY,” because they want women “to soar.” They go door-to-door selling boxes of pads at lower prices to reluctant customers away from the leering men who stare them down at large marketplaces.

For Zehtabchi, making the film was an opportunity to participate in the project hands-on—and complete a crash-course in documentary filmmaking. Zehtabchi has a background in short films, but had previously worked on narrative projects. She began the project by doing extensive research, and constructing an idea in her mind of where the story might lead. Once she was in India, helping construct the machine and forging relationships with local women, she found herself starting from scratch—and doing her best to tell their story instead.

Zehtabchi tells that story with prowess, weaving a massive movement into a stunning cinematic moment. The film is punctuated by humor, awash with optimism and constructed through stirring imagery and intimate glimpses into the inner worlds of women across the village.

“It’s a very beautiful process,” Zehtabchi explained to me on stage at an event hosted by Netflix in Los Angeles, where we discussed the film and fielded questions from Academy members in the audience. “It changed me as a filmmaker.” 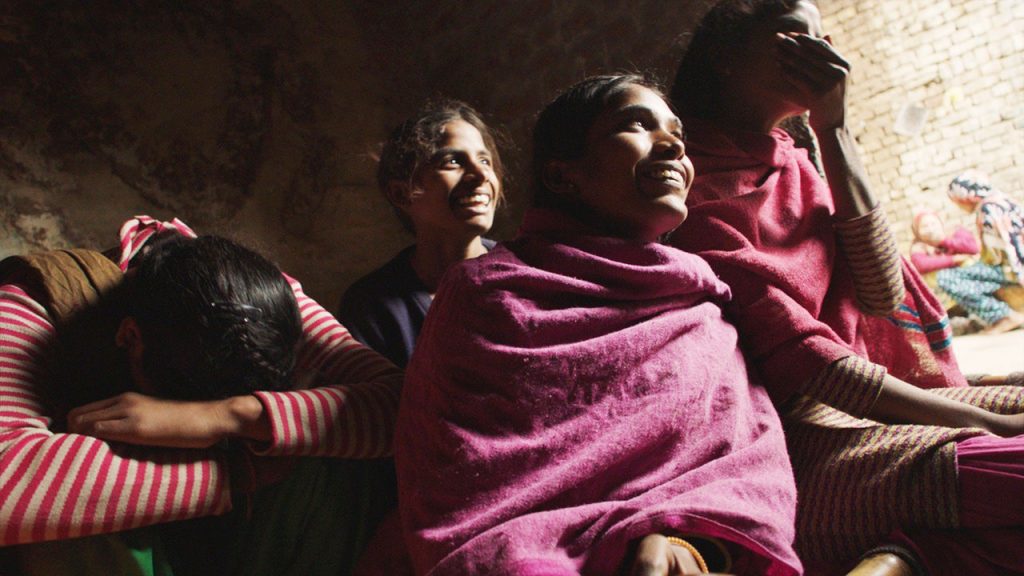 The women featured most prominently in Period.—including Sneha, a young Indian woman who dreams of forging her own path as a police officer in New Delhi; and Gouri Choudari, chair of feminist organization Action India—came to the fore because of their own passion for the project. But their work was, in part, also enabled by the efforts of high school girls half a world away who only appear in the credits.

Members of the Girls Learn International chapter at the Oakwood School in Los Angeles raised the initial money needed to install the machine through vegan bake sales, yoga-thons and two successful Kickstarter campaigns. Their partnerships with Action India, which was founded in 1976 to engage in community-based work locally and insert Indian women’s voices into the feminist movement at-large; and the Feminist Majority Foundation, GLI’s parent organization founded in 1987 to advance women’s equality around the world, eventually led to Period.—and the launch of menstrual equity non-profit The Pad Project. 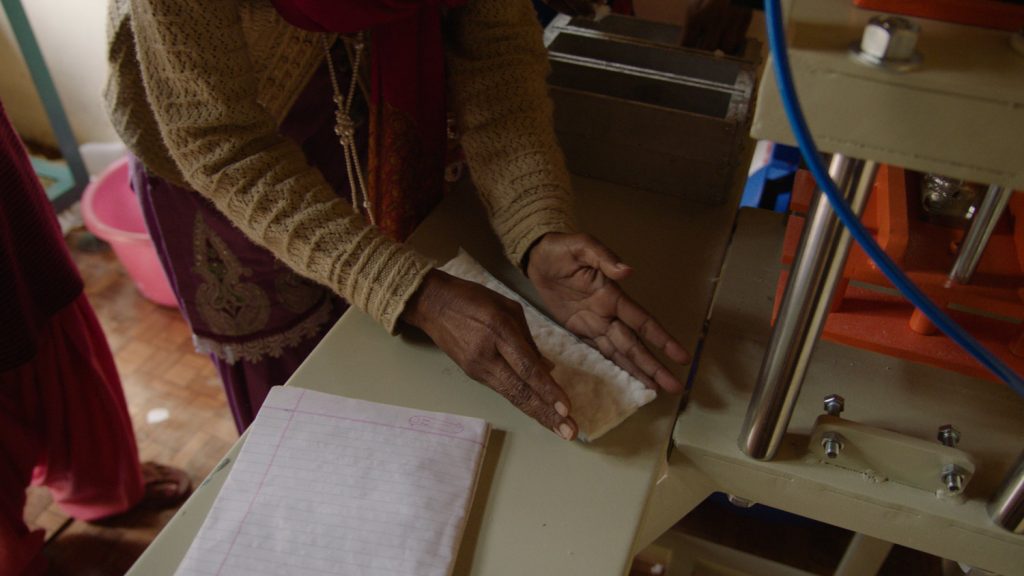 The young feminists at Oakwood knew from speaking to girls around the world that it wasn’t just the village of Hapur which urgently needed a dose of period pride, and they wanted to amplify the inspirational story they were watching unfold through their work. Switching gears, they became producers—and hired Zehtabchi, then a recent graduate of USC film school, to direct a film about their efforts.

Born in Japan and raised in Southern California, Zehtabchi was an unlikely but perfect fit for the project emerging from a transnational, intergenerational collective of feminist activism. Period. End of Sentence. screened across the U.S. at film festivals throughout the summer and fall of 2018 before being taken on by Netflix. For Zehtabchi, that’s a happy ending: “We wanted something short that people could share,” she explained, “which is why Netflix is a perfect home for it.”

The rest, as they say, will be herstory—and regardless of whether Period. lands Zehtabchi on the Oscars stage, she’s awed by what she and the village of feminists who made the film possible have accomplished. New pad machines are already slated for construction or in construction in villages beyond Hapur. Zehtabchi will remain involved with The Pad Project as a board member. And this week, Netflix viewers around the world will be able to stream the documentary and get involved themselves.

“You don’t often get to see change in real time,” she confided to the Academy members who gathered with us that night, remembering what it was like to return to Hapur six months after the pad machine was installed. “I’m so proud to have had the opportunity to tell this story.”