Armenian feminists have been cultivating and sharing decentralized, non-violent and creative practices of means for over a decade.

The morgue was full of unidentified bodies, because their faces are often beyond recognition and there are no documents on the bodies. They had to wait for hours to get the body. Then they released his body, my mother tells me over WhatsApp from Armenia about Robert, her cousin’s 19-year-old grandchild.

It would take Robert’s father a few days to arrive at this time-space of acceptance of his child’s death, receiving his body as evidence. At first, he would refuse to believe it was Robert: face distorted, one of the arms gone. Even the birthmark he knew, would look too hairy to be Robert’s. He would request a DNA test, which would come back positive.

It’s late September in 2020. I have started a new job in Boston, where once a week I meet with my students (the same age as Robert): masked and at six feet. We discuss white supremacy, intersecting systems of oppressions, and sacred truth spaces and love ethic as ways of practicing freedom.

In these spaces, realities that seem irreconcilable “sit in interminable tension with each other” and our struggle “to understand, to work with … others” is in this tension (Jones in Muñoz 2012, 26).

On September 27, the government of Azerbaijan, a post-Soviet South Caucasus nation-state, with the military, technological and rhetorical—one nation, two states—support of the government of Turkey, started a war on Nagorno-Karabakh (a de-facto independent republic since December 10, 1991) and Armenia.

Indigenous to Nagorno-Karabakh (or Artsakh in Armenian), Armenians have lived in this mountainous region since antiquity, with a long history of being part of various empires (Persian and Russian before Sovietization), with the fellow Caucasian Turks (who would soon be called Azerbaijanis) living in the lowlands of the region.

As the Turkish and Russian Empires dissolved in the early 20th century, the Ottoman Empire used World War I as a cover for the Armenian genocide against its indigenous Armenian population.

At the same time, Bolsheviks sought to garner more power in the South Caucasus. This was also the time when former empires were drawing the borders in West Asia (what is called “the Middle East”).

In 1921, as part of deciding on the borders among the newly-Sovietized South Caucasus republics, the Caucasian Bureau, under Joseph Stalin, the then-People’s Commissar for Nationalities, after four decisions to make Nagorno-Karabakh part of Soviet Armenia, eventually decided to include this Armenian-majority region as an autonomous oblast within Soviet Azerbaijan.

After the Nagorno-Karabakh referendum of self-determination in 1991, which Azerbaijani residents boycotted, a war erupted between Armenia and Azerbaijan, resulting in a ceasefire in 1994 (and smoldering ever since). Nagorno-Karabakh has since held its de facto independence, while Azerbaijan continues to insist that Nagorno-Karabakh is part of its territory. While the negotiations on Nagorno-Karabakh within the framework of the Organization for Security and Cooperation in Europe (OSCE) Minsk Group, co-chaired by France, Russia and the U.S. have not resolved anything, this status quo has been beneficial to Armenia and the Armenians living in Nagorno-Karabagh.

People’s Will to Self-Determination and its Threat to Autocrats

Refusing to engage only with what is immediately possible and fostering political imagination for collective care as habit, Armenian feminists have been cultivating and sharing decentralized, non-violent and creative practices of means for over a decade—at the cost of being dismissed by allies and opponents alike.

In the spring of 2018, however, hundreds of thousands of people engaged these practices of means, as they took to the streets in Armenia to demand the resignation of the then newly elected prime-minister Serzh Sargsyan, previously the president of Armenia for two consecutive terms. As they shared food, water, laughter, song and dance, protestors disrupted the daily “business as usual.” Across the country many organized general strikes.

Through this exhilarating visceral experience, people gestured toward a different future. Prime-minister Sargsyan resigned on April 23. Nikol Pashinyan, a member of parliament who had faced political persecution for criticizing Sargsyan’s regime, became the face of the spring 2018 events and subsequently the prime minister of Armenia.

Enjoying popular support while working to restore the socioeconomic systems pillaged by the corruption of their predecessors, the current Armenian government does not see itself divorced from militarism, nationalism, or neoliberally-oriented policies.

Yet, with all its faults, this government, truly elected by the people, who toppled a corrupt regime, is threatening to the autocracies in the larger region—threatening enough for a Turkish foreign minister to suggest that Armenia is the only obstacle to peace in the South Caucasus.

Meanwhile, people—Armenian, Yezidi, Assyrian, Azerbaijani, Talysh (and according to some reports men, turned-mercenaries by Turkey, fighting on Azerbaijani side)—are being killed in this war.

What do “liberation” and “peace” really mean to the president of Azerbaijan, Ilham Aliyev, who inherited his presidency from his father and through fraudulent elections? An autocrat who knows how to oil his government’s relationships with political and private entities in so-called “democratic” locations? A dictator who has established a favorable relationship with the president of Turkey, Recep Tayyip Erdoğan, who has his own neo-imperial expansionist agendas in Libya, Syria, Cyprus and now the South Caucasus, decreasing freedoms at home?

Many Azerbaijani commentators, loyal to Aliyev’s rhetoric, note that Nagorno-Karabakh as an independent state does not exist because it is not “recognized” as such internationally and instead is “recognized” as part of Azerbaijan. If the experiences of those who survived (or who did not) the Armenian Genocide depend on their “recognition” by the government of Turkey (or the U.S.), they never existed either.

But survivors have a different story.

In this fraught political context, I hear phrases like threat to peace, recognition and liberation, accompanied by missiles and drones, as audible features of a world that has been laid out for us by imperial and colonial powers and is now pursued by a local dictator desperate to keep his political power, supported by a dictator with expansionist political ambitions.

Skeptical as I am about the information coming from the Armenian Defense Ministry as the main information source regarding what is actually happening, I do trust the journalists on the ground who are unencumbered in reporting from Nagorno-Karabakh.

I can’t say the same about the Aliyev-government-controlled information service. According to some reports, a Russian journalist has been deported for not covering the events to the liking of the Azerbaijani authorities. A France 24 reporter also confirms that her colleagues and she are unsure if the version of events they report in Azerbaijan is accurate since what they cover is controlled by government “minders.”

Look what they’ve done to [our] song(s)!

Look, what ethnonationalist state-making, manipulated by greed, petro-dollars or expansionism, has done to our ability to imagine peace in this region, cultivating communal ways of multi-ethnic living.

Look what they’ve done to our song(s) so that now when we open our mouths on the Armenian or Azerbaijani side, we have parallel channels with no humanizing dialogue.

Look at the lopsidedness of this imagination (Graeber 2012, 119), where “liberation” does not mean right to life and self-determination, but rather expulsion and flag-draped execution.

But this is what I know: The multi-ethnic potential of love ethic can help us heal our traumatized imagination, as the work of feminists across the borders in the region shows.

We must remember there is nothing natural about hopelessness; instead “[i]t needs to be produced” by “creating a vast … military intelligence apparatus, propaganda engines” to produce a climate of fear that seems inescapable and hence breeds conformity and “despair that renders any thought of changing the world seem an idle fantasy” (Graeber 2012, 31-32).

I am taking this war to mean that the Aliyev and Erdoğan regimes are scared of the will of the people in this region and the broader region of West Asia. The recent examples of Armenians insisting on a dignified life, by pushing out an oligarchic regime, and Kurds in Rojava before them, are disconcerting for autocrats.

There are also multi-ethnic collective calls for peace, standing for peace, anticolonial calls centering (human and beyond human) lives, questioning war propaganda, as they dare to imagine a different world.

We know we can make kin beyond ethnicities and nation-states, based on our shared commitment to life-sustaining relations. We can cultivate this kind of imagination and collective care as habit.

As a feminist, Nelli Sargsyan situates herself at the disciplinary intersections of political anthropology, queer studies, and critical race studies, among others. Most recently she has been interested in political work that cultivates feminist consciousness and collective care, whether it be through direct street action, public performance, or feminist fabulation. Her work has appeared in scholarly journals such as Feminist Formations, Armenian Review, Feminist Anthropology, and History and Anthropology, as well as on online platforms such as U.S.-based Public Seminar and Armenia-based Socioscope to name a couple. 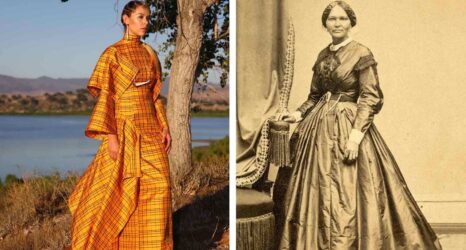