They're Back: Personhood Initiatives - Ms. Magazine
Skip to content 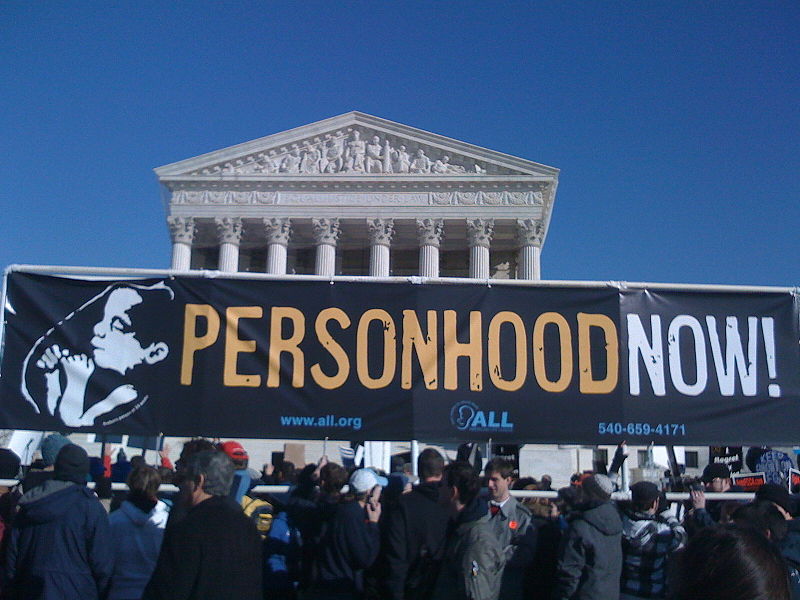 They’re back. Like a bad dream. After a solid rejection by 73 percent of Colorado voters in 2008, an anti-choice group, Personhood USA, has returned with another slightly different proposed constitutional amendment to confer legal “personhood” on zygotes.

If passed, Amendment 62 would apply the term “person” to “every human being from the beginning of the biological development of that human being.”

“Deceptive, dangerous and misleading,” is what Planned Parenthood of the Rocky Mountains’ spokesperson Monica McCafferty calls it. “It’s an extreme measure that is more than a sneaky attempt to ban abortion.” The ACLU and other pro-choice groups contend that the amendment would not only prohibit abortions but could be used to block stem-cell research and curtail access to in-vitro fertilization and even common forms of contraception.

This is clearly its intention. “Our decision to use the words ‘the beginning of biological development of a human being’ as opposed to ‘the moment of fertilization’ allows us to protect all human beings, even those originating from asexual forms of reproduction,” said Leslie Hanks, vice president of Colorado Right to Life in an August 5th press release.

“It’s crucial that people understand how broad and dangerous this is,” says McCafferty. “It will have an impact on thousands of laws that contain the word ‘person.’” That potentially means thousands of lawsuits, affecting every area of law from criminal and family to trusts and estates.

A broad-based coalition called Protect Families, Protect Choice led the fight to defeat this extreme measure two years ago. Today, they stand ready to do whatever it takes to defeat it again. “We are exploring all options, from legal challenges to an opposition campaign,” says McCafferty.

Unfortunately, stopping it in Colorado won’t be the end. Personhood USA is committed to launching similar campaigns in 40 states. They’re already on the ballot in Mississippi for 2011 and are gearing up for Florida, California, Missouri and elsewhere. In Montana, they’re encouraging people to take petitions to their churches, tea-party events and gun shows–a volatile mix.

The ultimate goal is to reach the Supreme Court. “If we can get a challenge up to the Supreme Court, then that’s the ideal thing. That’s what we’re trying to do,” said Gualberto Garcia Jones, director of Personhood Colorado and a legal analyst for Personhood USA in an interview with World Net Daily.

It’s a nightmare scenario, but pro-choice organizers are counting on Colorado voters to lead the way and once again defeat this extreme measure.

For information  and updates on the campaign, visit Planned Parenthood of the Rock Mountains and from the home page, sign up for Action Alerts to stay up to date on all developments and “calls to action.”  People may also engage in our social networks (Twitter, Facebook, Rocky Mountain Activist blog) to stay informed.

When the opposition campaign officially launches and/or if we go the direction to purse a legal challenge – we will inform the public and the media.

Pro-choice activists in Colorado are prepared to fight this measure once again and lead the opposition campaign with nearly one hundred Protect Families Protect Choices coalition partners, a diverse group of organizations and individuals including doctors, nurses and legal experts.