How We're Doing: Women Experts on the Radio - Ms. Magazine
Skip to content 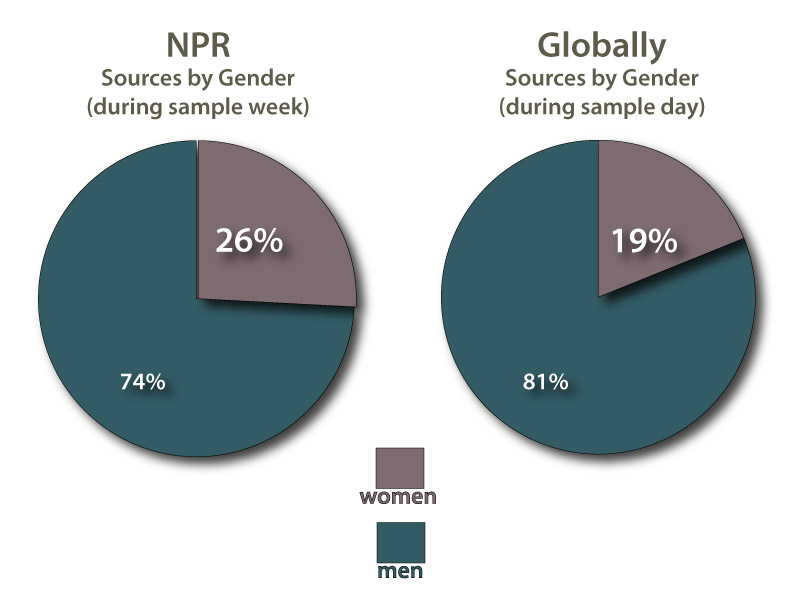 It seems NPR isn’t quite as balanced as we think–or so NPR ombudsman Alicia Shepard discovered after conducting a gender analysis of the network’s programming. With the help of NPR librarian Hannah Somers, Shepard examined how often women appeared as commentators and experts on the network’s regular programs over 15 months. The pair found that, while NPR boasts a substantial proportion of women hosts and executives, men still dominate guest spots on the most popular shows.

Of 12 commentators who appeared at least 20 times over 15 months, only one was a woman–former NPR staffer Cokie Roberts. Moreover, women only represented 26 percent of all people who were interviewed for a program.

Considered alongside data from this year’s Global Media Monitoring Project (GMMP), which analyzes women’s representation in global media, Shepard’s findings appear even more discouraging. While the GMMP has not yet concluded its 2010 study, preliminary data from a sample of 42 countries not including North America suggests that women make up only 19 percent of experts interviewed for news stories–just a few percentage points lower than that of our beloved NPR. Naturally, we’d expect more from NPR, which is known for its diversity and progressive analysis. But to its credit, the radio network is making strides to rectify the disparity by “launching a pilot project scouting for new voices for on-air interviews and potential sources.” And give NPR credit for publicizing the issue in the first place.