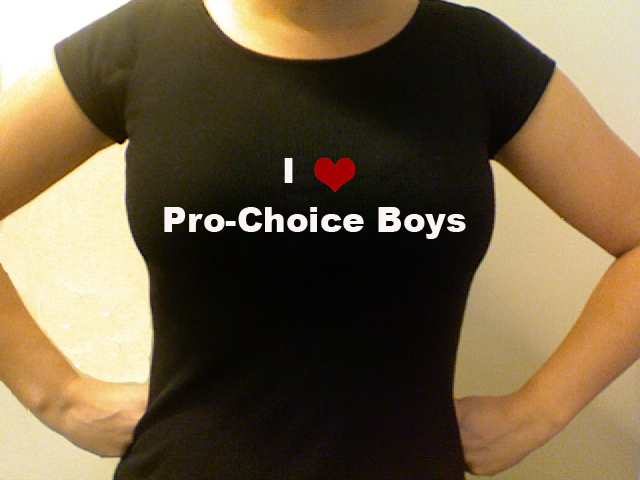 As a follow-up to my first post highlighting the “bad and ugly” anti-feminist responses I received to my Craigslist ad for feminist dating partners, I promised to feature some of the good. So here’s one of the first replies I received:

Thank you so much for actually being a feminist because most girls I know these days seem to be reactionary when it comes to the subject.

Adorable. After chatting on Skype and finding that we had similar interests in music, we met for coffee. While we didn’t talk specifically about feminist issues, we had great conversation on other subjects, like music. Unfortunately, this guy is practically a twin to an ex-boyfriend and, thus far, I haven’t been able to shake the feeling that I’ve dated him before.

If I had to subscribe to any political ideology I would say I am a Socialist Democrat, though in terms of ideology I am closer to a Fourierist [Charles Fourier was said to have invented the word feminism in 1837]….I am pro-feminism.

Mmm–Socialist Democrat? Yes, please. After a video chat, we met at a bar for a pint and a vegan sausage. While he admitted that he didn’t know that much about feminism, he was definitely open to learning more. He let me go into detail about the article I had been fact-checking for the Spring issue of Ms. about George Tiller’s murderer Scott Roeder and seemed interested. (On newsstands May 23!)

While I was charmed by our conversation, he emailed the next day saying he wasn’t ready for romance yet, as he is still recovering from his last relationship. Boo.

Here are a few of the responses from those I have yet to meet:

This suitor kept me laughing throughout his hilarious 500-word response, which included the “5 worst things and 5 greatest things” about him. After conversing through e-mail, we decided to meet up, but unfortunately, he had a serious family crisis.

This one sounded earnest:

Maybe it’s because I was raised by women and a single mom but I’ve always been instilled with an open-minded and liberal perspective. … I had the pleasure of being taught by some wonderful professors who introduced me to a lot of the inequality we continue to face in our society. So yeah, I’m pro-choice too.

As did this one:

As for feminism–ostensibly it means equal rights for women, which sounds simple but it means examining what all human rights are as a whole, the deficit in which it exists for women, and then by default the areas of empowerment that can be improved upon to achieve equal rights. … Many men feel threatened because they don’t understand what feminism is, and can confuse this with their own questions about what it means to be masculine. The shooting from the hip conclusion of many men is that more equal rights for women somehow means less rights for them–as if it were a zero-sum game. An unfortunate conclusion.

This experiment proved to me that: Yes, there are men out there who are happy to find out that you are a feminist, and that finding them on the Internet may be one way of weeding out the anti-feminists/idiots before the first date. I got the feeling that of the two I met face to face, both were pro-feminist and weren’t just saying that to get a date. Obviously, more research would need to be done to confirm this.