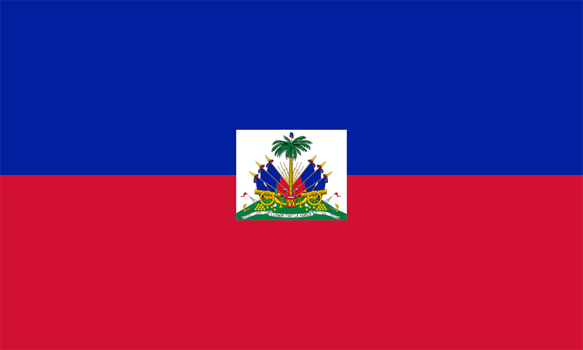 Today is Flag Day in Haiti. This symbol of Haitian freedom was sewn by Catherine Flon–I mentioned her in a previous post–on this date in 1803. Catherine created a symbol that represents the struggles for freedom in Haiti and the heroes and heroines who made it possible. The flag is blue and red, with the phrase “In Unity We Find Strength”.

Indeed, it is impossible to work with women in any country without understanding their history–and herstories. Haitian women have suffered various forms of violence throughout history. This violence is also exacerbated by the various political projects, conflicts and natural disasters that have taken place. As Haiti itself struggled for independence and fought various leaders, women also suffered. Rape became a political weapon during times of turmoil and instability.

This violence, both political and personal, fueled the Haitian women’s movement. Over 100 women’s organizations united for the first national meeting against violence against women in 1991. In 1998, an international tribunal was held to further address the issue. Women’s umbrella organizations and support networks were formed. This momentum culminated in the creation of the National Consortium to End Violence Against Women, a group comprised of government, international agencies and local groups to put in place a system for preventing, responding to and tracking violence against women. The Consortium released their National Action Plan to Combat Violence Against Women for 2006-2011, and it is this very plan that we are trying to revive today. Much of the human resources and momentum was lost during the earthquake, but efforts are underway to track what remains and to support and build on prior activities.

Dynamic women drive this forward. Men, too, have joined the effort, like Jean Lherisson, a human rights activist and advocate of gender equality. His work for the National Taskforce to End Violence Against Women has been an inspiration, and he continues to fight to improve legislation and end impunity for violence. “I work to build hope,” he says. “I work to ensure that each Haitian woman and man is equal–and none with a price on their heads.”

In unity we find strength.