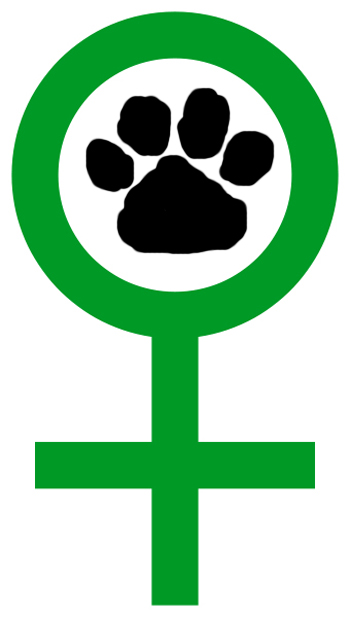 We’ve established that there are feminist men out there who are looking for like-minded women, but what about other compatibility issues? I’d like to answer a good question I received from one of those men:

I’ve read a bit of your writing (by no means all), and as a single man, I’ll admit, I was drawn to the pieces on feminist dating. I’d like to meet more like-minded women, but I’ve run into the problem that many of those who share my political philosophy have a sort of ‘no non-vegetarians/vegans’ policy. I’m neither, and since my position on the matter goes beyond ‘I’m too lazy to not eat meat,’ I’m not likely to change in the name of sex. So here’s the question: Should I re-prioritize meat, or should I just get used to celibacy?       -B

There does seem to be a peculiar correlation between being feminist and being vegetarian or vegan. While working on the last issue of Ms., all three interns (of which I am one) were vegetarian/vegan. I have an abundance of vegetarian feminist friends, to the point that meat eaters are usually outnumbered when we go out. I’ve made the assumption that if you care about human rights, chances are you also care about animal rights. Feminist veggies have made the argument that animals raised for meat are dominated in a similar way that women are dominated and that all oppressions are interconnected. Reducing both women and animals to objects is a part of patriarchal society; both are seen and treated as things to be exploited. Making this connection, it’s simple to see why a lot of feminist women would want to have a veggie partner.

However, I personally would date someone who eats meat. Back home in the Midwest, it was almost impossible to find a guy who was veggie. I have dated men who ate meat before, and since I cook a lot they ended up eating a lot less meat because of it. I’m not bothered too much if I’m on a date and the other person orders meat, but it would be more attractive to me if they didn’t. I suppose I always hope that I will be able to convert them.

You said you are not likely to change your position on eating meat. Given the connection between feminism and vegetarianism, I would advise you to research the reasoning behind some women’s dating policies. At least understand why they are making that decision and acknowledge this. You might also want to look into becoming an ethical omnivore, someone who doesn’t eat factory farmed or unethically raised meat, but who will eat meat from cruelty-free farms or wild game.

On the other hand, there are plenty of women in the Feminist Majority/Ms. office who are feminists and who do eat meat. Also, of the vegetarians in the office, most would date someone who ate meat. I don’t think you have to give up eating meat in order to date a feminist. Keep looking! Don’t forget to highlight all of your other feminist qualities. And I still think OKCupid is a good resource for finding feminist dates, even though the site has questionable policies about looks.

Have a question about feminist dating? Email me at atweten@msmagazine.com.