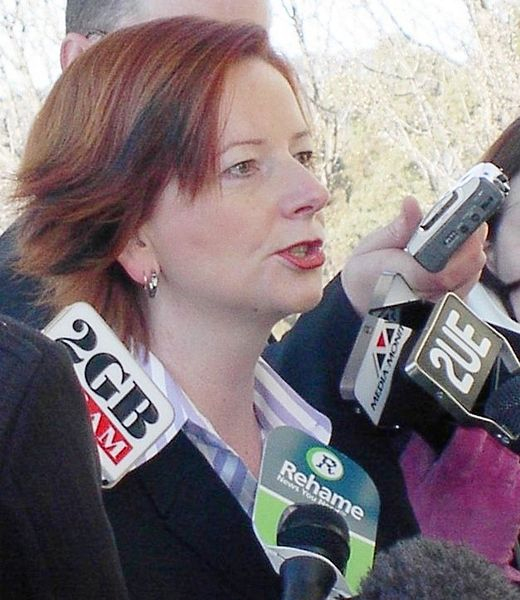 Australia just beat America (and Hillary Clinton) to the punch: yesterday, Julia Gillard was sworn in as its first woman prime minister after a surprising Labor Party leadership vote.

Gillard defeated Kevin Rudd, who began the year as the most popular Australian prime minister in three decades, but his popularity declined over the last few months. Among other things, he shelved his proposed Emissions Trading Scheme (ETS), effectively doing away with what would have been landmark environmental legislation.

Gillard, who previously served as a deputy prime minister under Rudd, challenged him on Wednesday night at a news conference. She declared that “a good government was losing its way” and vowed to breathe new life into the Labor Party before general elections in October.

Feminists everywhere can rejoice, as one Tweeter did, that Gillard is an “unmarried female atheist redheaded migrant Prime Minister.” Although women compose almost one third of the Australian Parliament–putting the U.S.s Congress, with a measly 18.6 percent, to shame–gender norms still prevail in Australian elections. Gillard gives a refreshing new face to women in power: a champion for workers and women in Parliament, she tempers political savvy with leftist ideals. Decidedly unconventional, she is Australia’s first unmarried Prime Minister.