The Case for TEDWomen - Ms. Magazine
Skip to content 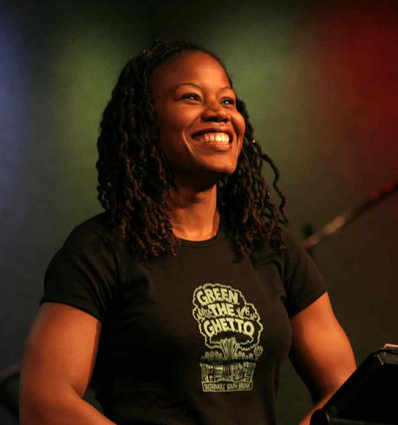 Last week, TED Global announced the creation of a new conference: TEDWomen, which will take place in Washington, D.C,. this coming December 7-8. Reactions among ladyblogs have been predictably divided: Does a separate TED conference devoted to women give much-needed global attention to women’s issues, or further marginalize women’s issues by not including them in the original TEDGlobal conference?

Salon’s Broadsheet contacted TED–actually June  Cohen, executive producer of TED Media and an organizer of TEDWomen, and learned the following:

I called up June Cohen, executive producer of TED Media and an organizer of TEDWomen, who filled me in on the story behind the newest TED spinoff. In the last few years, she explained, “conventional wisdom about the importance of women globally has really shifted.” The TED team watched as the role of women in global issues like public health, economic growth, and peacekeeping shifted into the foreground. And at the same time, a new generation of smart, highly educated women were making intriguing intellectual contributions that lacked a vehicle to carry them into the public eye. “We wanted to showcase all of these ideas by and about women in one place,” she said.

But I still wondered, didn’t a conference like this risk boxing off the ideas of these brilliant women (and men–the conference will also feature male speakers) by relegating them to a special “women’s interest” category? After all, it does mean their speeches won’t be a part of the extremely popular TEDGlobal conference, whose archived talks are responsible for drawing most of the 25 million viewers to the group’s website.

Broadsheet goes on to make the case that instead of creating a separate TED conference highlighting women’s issues and achievements, TED should be working harder to include more women in the original TED Conference (this year, just 17 of the 57 TED speakers were women).

In many cases, I’d say yes, throwing “women’s issues” into a separate event instead of the main event risks marginalizing women’s voices. But in this case, considering that TED is a globally recognized, widely disseminated brand that’s highly respected for innovative speakers and ideas, I’m with TED.

TED holds several conferences a year, but most are too expensive for mere mortals to attend, thus keeping attendance to a relatively small, exclusive group of those able to spend $6,000 on registration alone. The rest of the world, however, gets easy access to TED talks via the videos posted online. So having an additional TED conference focusing on women will allow these women’s ideas to be showcased online for years to come.

One point that remains unclear is whether TEDWomen intends to focus solely on issues that relate to women or will just feature women speakers regardless of their intellectual focus. What if a TED speaker on obesity and hunger issues happens to be a woman–would she be placed in TEDWomen or be scheduled for the  main TEDGlobal conference? Could women indeed be marginalized on the TEDWomen agenda? So far, it’s not clear that this is what TED plans to do. It seems that they plan to keep featuring women speakers alongside men in the TEDGlobal conference, while simultaneously introducing the TEDWomen conference to highlight women’s issues.

Women’s issues don’t get nearly the mainstream attention that they need and deserve, so the backing of the enormous TED brand has the potential to put forth those issues to a much broader audience. And TEDWomen will certainly give some incredible, talented women access to a platform to distribute their ideas–which is exactly what we all need in order to help solve many of the problems women around the globe still face.