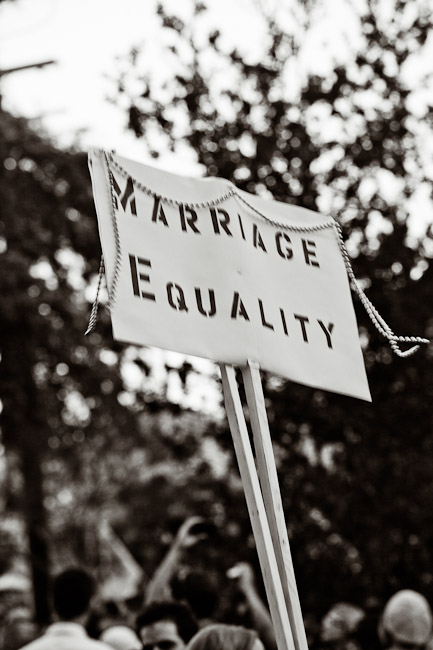 The word “feminism” does not appear anywhere in Judge Vaughn Walker’s 136-page ruling that California’s ban on same-sex marriage, Proposition 8, is unconstitutional. However, this impressive document draws heavily upon feminism’s contributions to our society. Judge Walker’s sweeping condemnation of Prop. 8 relies on feminist ideas about the roles of men and women within marriage and, more broadly, about gender itself.

Along with an abundance of evidence to show how gays and lesbians are harmed by the marriage bans and by the state’s role in enforcing biases and prejudices against a group based upon the moral disapproval of the majority, Walker dismisses the idea that complementary gender roles–man and woman in marriage–are an essential feature of the institution:

Instead, he presents changes in the status of women (and men) as beneficial to society, and argues that Prop. 8 would have turned back the clock:

The evidence shows that the tradition of gender restrictions arose when spouses were legally required to adhere to specific gender roles. California has eliminated all legally mandated gender roles except the requirement that a marriage consist of one man and one woman. Proposition 8 thus enshrines in the California Constitution a gender restriction that the evidence shows to be nothing more than an artifact of a foregone notion that men and women fulfill different roles in civic life.

The tradition of restricting marriage to opposite-sex couples does not further any state interest. Rather, the evidence shows that Proposition 8 harms the state’s interest in equality, because it mandates that women and men be treated differently based on antiquated and discredited notions of gender. 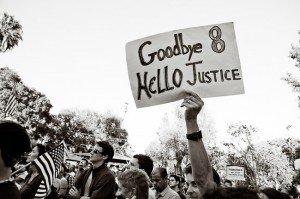 Students of feminist theory may detect an echo of John Stuart Mill and Harriet Taylor‘s 19th-century treatise The Subjection of Women, which argued that women should be treated no differently than men under the law:

[T]he course of history, and the tendencies of progressive human society, afford not only no presumption in favour of this system of inequality of rights, but a strong one against it; and that, so far as the whole course of human improvement up to this time, the whole stream of modern tendencies, warrants any inference on the subject, it is, that this relic of the past is discordant with the future, and must necessarily disappear. 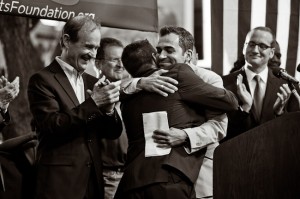 It goes on to argue that “antiquated and discredited notions of gender” must be ushered off the public stage, and that women’s unequal status in society was now “a relic of the past.”

Shucking discredited notions of gender himself, Judge Walker bluntly discards the anti-same-sex marriage argument that marriage has “traditionally” been between a man and woman: “Tradition alone, however, cannot form a rational basis for a law.”

He underscores this with testimony on the antiquated marriage traditions we’ve moved beyond. The abolition of slavery, he writes, changed marriage when freed slaves gained the right to marry as a fundamental right associated with the overdue recognition of their humanity. Similarly, interracial marriage bans “were once common in most states” and are now seen as “archaic, shameful, or even bizarre.”

The marital bargain in California (along with other states) traditionally required that a woman’s legal and economic identity be subsumed by her husband’s upon marriage under the doctrine of coverture; this once-unquestioned aspect of marriage is now regarded as antithetical to the notion of marriage as a union of equals. As states moved to recognize the equality of the sexes, they eliminated laws and practices like coverture that had made gender a proxy for a spouse’s role within marriage. Marriage was thus transformed from a male-dominated institution into an institution recognizing men and women as equals.

It’s worth noting that the feminism underlying this decision is a liberal model. More radical feminist thought–and much queer thought–would read the Prop 8 ruling in a less favorable light than I do. Beyond Marriage, for example, offers an alternative way of framing these issues. We will begin those conversations from a different, and arguably better place once same-sex marriage becomes the law of the land.

The next time someone tells you that marriage needs defending and starts talking about the special complementary roles of women as nurturers and men as models of leadership, you’ll know they’re talking about the outdated patriarchal models of marriage from back in antiquity or the twentieth century. You may now call upon Judge Walker’s wise and feminist statement of fact:

Gender no longer forms an essential part of marriage; marriage under law is a union of equals.

Then you can politely ask them–and their misconceptions–to disappear.