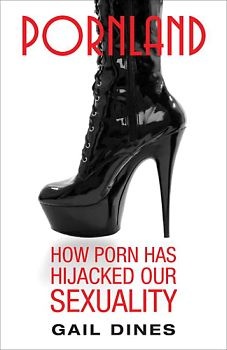 What makes regular gonzo different for a black woman is the way past and present stereotypes are dredged up and thrown in her face. Not satisfied to call her the usual gonzo terms of slut/whore/cumdumpster, she is often referred to as a “black ghetto ho” with a mouthy attitude who needs to be taught a lesson. This stereotype of black women as promiscuous, overbearing and in need of control is one that has historical resonance–from slavery to Moynihan–and continues to inform present day governmental policies.

Take, for example, the text on the site Ghetto Gaggers that accompanies pictures of “Vixen” covered in semen:

Vixen is a sassy ghetto fabulous beyatch with more attitude than Harlem has crack. She needed a learnin’ by some white cocks …. Ghetto Gaggers, we destroy ghetto hoes ….