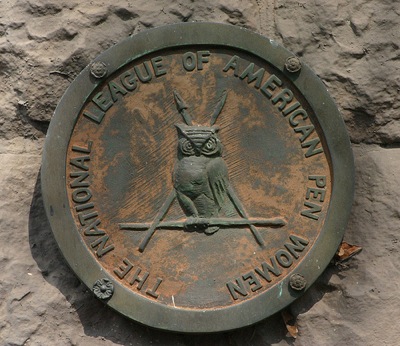 “Women I admire have gone through hell to get their work out there,” Erica Jong told us this past weekend. “I’d like to change that for you.”

Despite its sale of 20 million copies worldwide, Jong’s 1973 feminist novel Fear of Flying provoked a backlash, the vestiges of which still own a sliver of Jong’s soul. She quotes verbatim the vitriol of critic Paul Theroux, who called Jong’s heroine, Isadora Wing, “a mammoth pudenda.”

Yet here is Jong nearly 40 years later, having gone through hell, trying to set forth a cooler path for women writers. She and Barbara Victor–the first person to interview Moammar Ghadaffi after the American bombing in Libya in 1986–acted as facilitators for the Master Class Writers Retreat at the Woodhull Institute for Ethical Leadership in Ancramdale, New York. The institute is named after Victoria Woodhull, the first woman to run for President of the U.S. in 1872, 48 years before women could vote.

Founded in 1997 by Naomi Wolf (The Beauty Myth) and Margot Magowan (former KGO radio producer), the mission of Woodhull is to develop a community of women to help women. We need it.

Although we 20 women in Ancramdale are the first to experience this particular master class, the Woodhull Institute already has a network of more than 2,700 women alumni. And we start our own network quickly–especially when the Internet goes down and we discover that cell-phone service is nigh. We are alone together in a sprawling Victorian mansion, more shabby chic than Catskill vogue, on 100 verdant acres. The house–“our house”–they tell us, winds and wends, all spacious and fireplaced dormitory rooms upstairs, porches and French doors and cozy sofas downstairs. Local food is served, delicious and colorful.

Mostly we women talk. “What is the book you must write or go mad or die?” Jong asks us. In the blue room I share with three others, we tell our stories. Our lives are sometimes far more interesting than the stories we are writing down. We are a criminal lawyer, a  Newsweek editor and first American to interview Benazir Bhutto after her return to politics, a young Iranian American working with Eve Ensler, the first woman professor at Yeshiva University, a minister, bartender and a 22 year old who doesn’t think she is a writer until Sunday afternoon when we all hug goodbye. We needed this weekend.

The literary world needs the stories I heard in that lolling mansion. These are stories as “destined to be read 200 years from now” as Jonathan Franzen’s latest superstar novel.

“We’ve made less than half a revolution,” concedes Jong, “though some claim we are equal.” We will require the other half to get a slice of the fawning praise heaped on the Franzens of the literary world. Jong assures us, and the Woodhull Institute assures us, that the new face of feminism is older women mentoring younger women–something Jong and Victor never got. By Sunday, we 20 have grown a mad respect for each other and we have real game plans for publishing our writings.

Though Woodhull is best known for its ethical leadership training and professional development for young women in their 20s and 30s, most of us in its first Master Writing class rounded the corner on 30 some time ago. Nonetheless, don’t underestimate us or the rest of the phalanx of Woodhull alumni–women all–munitioned with stories they must tell, or go mad or die.

Above: The emblem for The National League of American Pen Women, founded in 1897, to promote women journalists, authors and illustrators. Photo by Flickr user dbking under Creative Commons 2.0.