Where Are the Feminists for Bristol Palin? - Ms. Magazine
Skip to content 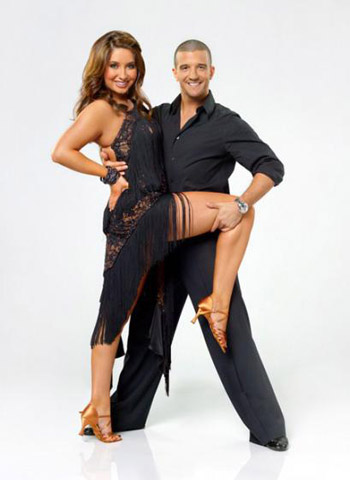 Nineteen-year-old Bristol Palin is back in the media spotlight now that she has joined the cast of this season’s Dancing With The Stars, and once again she’s being ridiculed for being a teen mother. Witness her recent interview with Jay Leno:

Bristol: “Well, I expected [Dancing With the Stars] to be hard work, but I’m so uncoordinated, don’t have any rhythm, so we’re starting from scratch.”

Jay: “I was going to say, that’s also how you get pregnant, but I’m not going to go there.”

I feel for Bristol. Like her, I was raised in a Pentecostal Evangelical household where abstinence is the only acceptable path. This leaves girls wholly unprepared for practicing safe sex, and my four sisters all became single mothers who worked grueling hours to complete their education and pay the bills.

Oddly enough, I ran into Bristol at a television studio a few days ago. She seemed genuinely concerned that, as a liberal and a feminist, I would pen something nasty about her. It’s clear that she’s personally hurt by the ridicule.

Why aren’t more feminists pushing back against the sexism and degradation of single, teen mothers evident here? Sarah Palin’s anti-woman policy positions are not grounds for feminists to turn a blind eye when Bristol is being dragged through the sexist media mud.

Her lack of defenders was all-too-apparent in the responses to the Huffington Post poll last week, “Is Bristol’s [Dancing with the Stars] dress modest?”

Readers responded with more than forty pages of overtly sexist comments about “fat thighs,” “cankles,” and claims of being a “fame ho.” Others took pop shots at her parenting, “She should be home taking care of her kid.”  One thoughtful liberal pointed out that the comments reflected a “lack of respect for women in general,” but she was ignored.

David Letterman’s tasteless 2009 joke about Bristol’s pregnancy — “one awkward moment for Sarah Palin at the Yankee game; during the seventh inning, her daughter was knocked up by Alex Rodriguez” — did receive some criticism. But those offended were outraged only because 14-year-old Willow was the daughter who attended the Yankees game he mentioned, even though the joke was clearly meant as a reference to Bristol.

Bristol Palin has publicly experienced many of the hardships that pregnant young women privately face. I can only imagine what it must feel like to be 17, pregnant, and find out your “mistake” will be front-page news. Your fiancé is a high school dropout who announces “I don’t want kids” on his Facebook page. Then the wedding is called off, then on, then off–amidst rumors that he fathered another child and appeared in a music video mocking your family.

Bristol had plans to go to college and become a nurse, but, like many of the other 13.7 million single parents in the U.S., her life shifted when Tripp was born. Instead, she got a job at a medical office and started classes at a community college in Anchorage. Bristol’s celebrity and money cushion her experience relative to that of other single parents, but she, too, is struggling to manage work and parenting.

Our feminist silence in the face of widespread vitriol against a celebrity teen and single parent demeans all such women, including my sisters and other single mothers.

Dancing with the Stars isn’t exactly the best avenue for making a feminist statement, but a vote for Bristol Palin is an easy way to protest pervasive degradation of single, teen mothers.

Dancing With The Stars promotional photo.