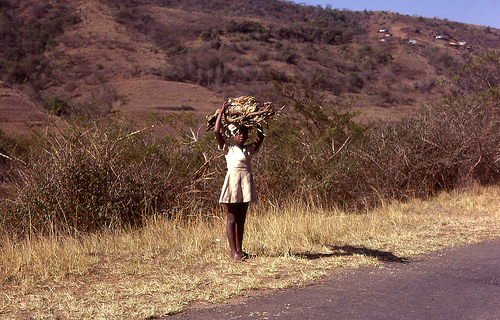 The first time I heard about “baby rapes” was almost eight years ago. Someone had dropped a report on my desk about the widespread belief in South Africa that having sex with virgins would cure HIV/AIDS. The myth was causing a surge in the rape of young girls and even infants, some as young as three months old.

Flash forward to last week, when I could barely hold in my disgust when I saw this headline as I scrolled through the UK’s Guardian website: “Zulu king condemns photos of virginity tests at annual dance.”

According to the Guardian, Zulu King Goodwill Zwelithini was angry and extremely concerned that the estimated 25,000 young women dancing bare-breasted in front of their polygamous king in traditional beads and fringed skirts while awaiting their “virginity tests” had been photographed for syndicated pornography websites. God forbid he actually has any concerns about the practice itself!

I am all about respecting and honoring ancient cultures of the Global South, but I am also a little too aware of how many of these practices hide behind a mask of culture that allows women to be exploited, especially sexually.

This is exactly how beliefs linking women’s sexual behavior to societal and familial honor are reinforced in our minds, and vindicated through “ancient practices” like this Zulu dance. It is what creates the basis for honor killings. It almost makes you feel immoral for questioning practices that have supposedly always been there, a natural part of our cultures, right? Wrong.

We have a classic example here in the annual uMkhosi WoMhlanga, a centuries-old practice performed by the Zulu Tribe, South Africa’s largest ethnic tribe. We appreciate the King’s concern about images of the 25,000 maidens dancing to prove their virginal purity getting out on the Internet. But someone needs to bring the focus back to how traditional practices such as these only strengthen myths that assign magical powers to virgins, causing desperate and infected adults to rape babies in South Africa–a country with one of the world’s highest HIV/AIDS infection rates.

Activists for gender rights and against AIDS have condemned virginity testing precisely because of the role it plays in spreading the belief that having sex with a virgin can cure HIV/AIDS. But the Zulus continue to defend the practice, stating that it is a defense against the rising HIV/AIDS statistics; that “the participating maidens would be taught life skills, moral regeneration and HIV/AIDS prevention methods.”

Mangosuthu Buthelezi, traditional Zulu Prime Minister and President of the Inkatha Freedom party announced at the gathering, according to the Guardian: “It [virginity testing] encouraged young people towards chastity even before we were swept up in the devastating wave of the HIV/AIDS pandemic.”

Although I abhor how traditional practices from the developing world are too often used as proof of the backwardness of these cultures, I have a sneaking suspicion that traditions like this dance only really serve the men who are being performed for, encouraging them to have multiple partners and wives while keeping young women in the dark about real-life risks (pregnancy, AIDS) that affect their reproductive health and rights.

It is time young women are fully informed on how to protect themselves from pandemics such as HIV/AIDS. Young women must be put in control of their sexuality and fertility, rather than be the subject of a dance that only reinforces dangerous myths of their chastity and its powers.