More Reasons to Come Out - Ms. Magazine
Skip to content 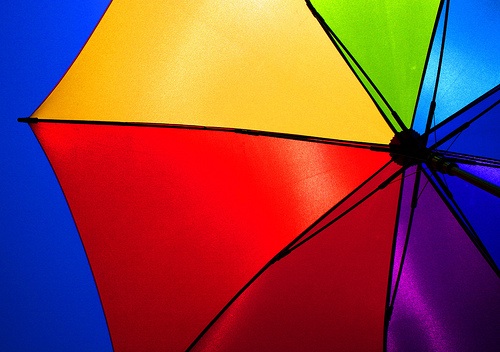 There’s been so much sad LGBT news in the past weeks, it can be hard to find reasons to celebrate National Coming Out Day. Another gay teen, Zach Harrington, of Norman, OK., killed himself this past weekend–the fifth gay teen suicide reported in the past two months–after being subjected to what family members described as a “toxic” anti-gay environment at a local City Council meeting.

The topic of discussion at this three-hour meeting was whether to recognize October as Gay, Lesbian, Bisexual, and Transgender History Month, and even though the vote was 7 to 1 in favor of approval the discussion was heated. According to the Norman transcript, many spoke openly about their fear and hatred of LGBT people, and:

for those in attendance, it was hard to ignore the intolerant grumblings, the exasperated sighs and cold, hard stares that followed comments from supporters of the GLBT proclamation.

Unlike other recent cases in which gay teens have committed suicide, this one centers not primarily on peer bullying, but on the behavior of adults. Zach Harrington’s father told the local paper he believed,

his son may have glimpsed a hard reality at the Sept. 28 council meeting, a place where the same sentiments that quietly tormented him in high school were being shouted out and applauded by adults the same age as his own parents.

Coming out can present challenges and, especially for young people, it may be accompanied by bullying and hostility. The highly acclaimed YouTube channel set up by Dan Savage in response to the recent epidemic of suicides, “The ‘It Gets Better’ Project,” seeks to reassure those who suffer from hostile environments and those who may be silent out of fear that time can heal, that circumstances can change.

Fortunately, there is good news. Some things are, indeed, getting better. Support for lesbian and gay rights, in particular, is growing, as last week’s Pew Research Center report makes clear: for the first time in 15 years of Pew polling, fewer than half of respondents oppose same-sex marriage. An even larger number–60 percent of those surveyed–“favor allowing lesbians and gays to serve openly in the military.” These numbers have gone up significantly from just last year.

A 2007 Pew study found that as more lesbians and gay men come out of the closet, the number of people who know someone necessarily goes up (to 4 out of 10 three years ago), and that familiarity breeds acceptance.

People who have a close gay friend or family member are more likely to support gay marriage and they are also significantly less likely to favor allowing schools to fire gay teachers than are those with little or no personal contact with gays, the poll found.

One concrete example of how knowing gay people changes the social landscape is the news that the NAACP has decided to work more closely with LGBT groups. Is it any surprise to learn that NAACP president Benjamin Jealous’s brother is gay?

Although same-sex marriage bans and Don’t Ask, Don’t Tell may seem remote from the lives of teens, they are examples of stigma in the adult world that young people such as Zach Harrington must inhabit in the future. Achieving marriage equality and repealing DADT will remove state-sanctioned stigma and help eradicate the biases and prejudices that lead people to end their lives.

Today, as we commemorate National Coming Out Day and honor the memories of Harrington, Tyler Clementi, Seth Walsh, Asher Brown, and Billy Lucas–to name just the most recent and known fatalities–let us think of the responsibilities of coming out. The hope for the future is our strength in numbers; LGBT visibility and activism have brought about enormous changes and will ultimately lead to a more just and equal society.

Come out if you can, support your LGBT friends and family members who are out, and support the Trevor Project, the Gay, Lesbian and Straight Education Network (GLSEN), “It Gets Better,” and other organizations that reach out to the most at-risk members of our community. Let’s show those coming up behind us that coming out is worthwhile. Let’s work to make sure that things continue to get even better.